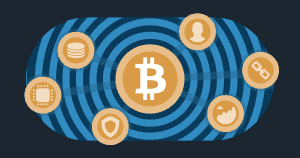 Perfect miner or node distribution in Proof of Work networks like Bitcoin only worked “the first time.” The same applies to token distribution in initial coin/exchange offerings. This is according to Ryan Sean Adams, the founder of Mythos Capital, a vocal crypto supporter and investor. In his view, an ideal Bitcoin or Ethereum killer would require perfect decentralization, or what he terms as “completely novel distribution.”

Bitcoin endorsed by the US SEC

These only worked the first time

Achieving that feat demand existing or upcoming projects to outperform Bitcoin, a project that officials from the stringent US Securities and Exchange Commission (SEC) have endorsed to be the most decentralized.

* Much like taxation, fines are just a form of government seizure of wealth
* SEC has signaled to every altcoin that their centralized single points of failure should settle with them
* This is why centralization sucks, you get shaken down by the more powerful

The main value proposition of blockchain projects is complete node distribution where no single party has control of over 51% of the network hash rate in Proof of Work systems.

Bitcoin, like Ethereum, use the Proof of Work consensus algorithm for transaction verification. In an incentivized model, willing miners are rewarded with ETH or BTC for confirming transactions and securing the network.

The Trouble Presented by ASICs

Bitcoin, despite being the most secure, is powered by ASIC miners. ASICs are special chipsets that are tuned to mine Bitcoin. They are expensive, scarce, and because of this, the combined hash rate of three of the leading Bitcoin mining pools exceeds 51%.

Ethereum developers are taking a different path. While they transit, readying for activation of Phase Zero test net in the next few days, Programmatic Proof of Work (ProgPOW), a suggestion that seeks to make Ethereum ASIC resistant, is taking shape. ProgPOW will close the efficiency of GPUs, making it hard for ASICs to have an upper hand.

Blockchain projects are ideally supposed to be decentralized. The underlying chain must be characterized by a high level of node distribution for the network to be censorship resistant.

It has been observed that an unspecified mining pool of Bitcoin Cash, a Bitcoin spin off, controls over 51% of the total hash rate.

Meanwhile, most ICOs have a high level of token centralization with a huge share under the control of founders or the project’s foundation.

The fact that the SEC can take down Kik is just proof of centralization (obvious in this particular case). In the coming years, these measures could be levied at 99% of altcoins. The reckoning is coming. Bitcoin will survive. Are you so sure your centralized altcoin will?