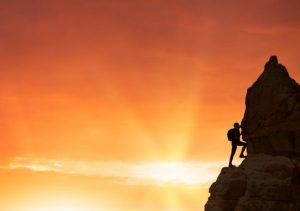 Bitcoin [BTC] price pump has traders looking for further long orders as $10,000 seems like the nearly target. The volume at BitMEX was about $5 billion dollars yesterday which seems to be leading the futures market. It has tripled in the last two days along with increasing volume at Okex, Huobi and Binance as well.

The funding rate on BitMEX is also increasing signalling a compilation of long interests in the price.

Along with the funding rate, as BitMEX CEO, Arthur Hayes tweeted that Futures basis is also increasing. Basis is difference between the futures and spot prices on exchanges. According to Hayes, the retail buyers or spot buyers will step in soon enough. He tweeted,

Futures basis at local highs. Spot is creeping up. The blow off top seems nigh. pic.twitter.com/gQIcHSfpoM

According to datamish, more than $40 million shorts were liquidated during the recent pump to $9400.

The increasing funding rate, increases the probability of a squeeze in the opposite direction. Nevertheless, during bull markets, the high funding rates is not an uncommon site.

At press time, the OI at BitMEX continues to be around $950 billion. Moreover, the OI in CME is also sky-rocketing in the last few days. According to skew data, the volume at CME has increased two folds since 20th January, 2020. Hence, institutional players seems to be having a say in the recent pump.

Nevertheless, the volatility in Bitcoin is so high that chasing tops for shorts at the moment could lead to huge losses. Moreover, the corrections or dips have usually been quickly bought in the past. Hence, while betting against the trend seems lucrative with traders expecting a pull-back, traders must strictly adhere to their stops.

Moreover, if the spot interest increases as noted by Hayes, the swing result would be on the upside only.

Do you think that the bull market in Bitcoin is in? Please share your analysis on local top.