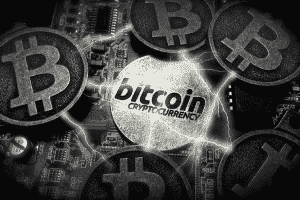 In an announcement that further cement Bitcoin’s position as a medium of exchange, the CSO of Blockstream, Samson Mow now says Lightning Network theoretical throughput exceeds the processing speeds of payment systems like Visa, Alipay, and next-gen Blockchain. He further adds that blockchain development is at an inflection point where decentralized systems outperform centralized systems.

The #LightningNetwork‘s theoretical throughput exceeds that of any “next-gen” #blockchain and even payment systems like Visa or Alipay. We’ve reached an inflection point where decentralized systems can outperform centralized systems. ⚡️⛓️📈 #Bitcoin pic.twitter.com/2h6bLwZpJR

Bitcoin on-chain transactions are cheap, secure and global but in exchange of that, they are transparent, pseudonymous and irritably slow. This is by design. The Bitcoin network could be robust but transactions are grouped into blocks that are confirmed and released every 10 minutes.

However, when the network peaks, Bitcoin transactions can take hours or even days to process. This was observed in late 2017 when BTC and transactions from other Proof of Work systems took ages to confirm and settle because of the network’s inability to scale.

The Lightning Network (LN) is, therefore, the developers attempt to scale the Bitcoin network. The project remains largely experimental and is a Layer-2-that is off-chain solution, promising high throughput–in their millions and billions, security and near-zero fees.

For all the fanfare, it nonetheless has its shortcomings. In 2019, an aggrieved BTC holder took to Reddit claiming to have lost 4 BTCs.

He urged would-be users to research and understand how the system functions before sending huge batches of BTCs. Nik Bhatia, a Bond Market veteran, in a blogpost said LN combines speed, low fees and BTC’s scarcity making it a crucial infrastructure.

“Bitcoin’s supply schedule initially hooked me, but Lightning was the force that was pulling me in, a store-of-value asset exhibiting medium-of-exchange currency speed and scale is unprecedented in human history, and worth pursuit.”

Given the direct correlation between BTC demand and price, the development and more so, adoption of LN could feed into the current bulls, further improving sentiment. Innovations as this, sealed by adoption combined scarcity, is a reason why Tim Draper, a Bitcoin bull, sees the coin soaring to $250,000 in the next two years:

“It’s because of Lightning Network and OpenNode and maybe others that are allowing us to spend Bitcoin very freely and quickly, so that it’s not just a store of value but it can be used for micropayments.”

We made sure to ask @TimDraper about @lightning last week. ⁰This is his take on it, and the reason why he thinks Bitcoin is going to 250k!⁰⁰