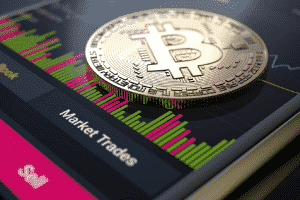 Bitcoin continues to the bullish action from January 14 in an interesting surge above $9,000. There was an attempt to break above the rising channel resistance at $9,200. However, selling activity increased significantly, pushing Bitcoin to levels under $9,000.

Several support levels failed to shield Bitcoin from the declines, paving the way for bearish action that tested the support at $8,500. While recovery has not been forthcoming on Monday, BTC/USD has stepped above $8,600. The upside is facing growing resistance at $8,750, in other words, it will take buyers a lot of effort to rise towards $8,800 (confluence formed by the 50 MA and the 100 MA on the 1-hour chart).

From a technical perspective, the ongoing consolidation between $8,600 and $8,750 is likely to culminate in declines. For instance, the 50 MA double-cross under the 100 MA suggests that bears are increasing their activity. In addition to that, the Relative Strength Index recovery fizzled out at 40. Besides, the indicator’s trend has a bearish tone to it, which could further increase the sellers’ presence on the market.

The post Bitcoin Price Breaks Rising Channel Support: How Far Will The Consolidation Above $8,600 Go? appeared first on Coingape.