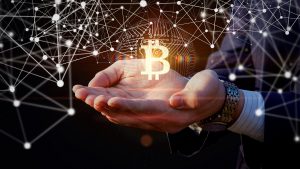 Bitcoin embraced a good start of the week after the recovery from the ‘crypt’ it had dived into last week. Impressively, the world’s largest cryptocurrency defended the key support at $8,200 on Friday last week. The congestion of the bulls at this zone sent Bitcoin upwards over the weekend. Bitcoin bombarded the resistance at $8,400 and that at $8,400. Continued bullish action on Monday pulled BTC above $8,600 and closed in on the next hurdle at$8,700. However, the crypto hit the pause button at $8,695, leaving the critical level untouched.

The formation of a pennant pattern gave bitcoin an incredible boost as on the 4-hour chart. Bitcoin. The breakout just under $8,400 resistance contributed immensely to the ongoing bullish phase. Besides, the jump above the 50 Moving Average cemented the bulls’ position on the market.

At press time, Bitcoin is trading at $8,718 amid a building bullish momentum. Technical levels such as the upward sloping RSI suggest clearly show that Bitcoin buyers have eyes on just $8,700 but also $8,800. As long as the RSI mains the upward movement and breaches its way into the overbought region, the trend is bound to remain in the favor of the bulls. In addition to that, the bullish action is supported by the continued bullish session of the Elliot Wave Oscillator.