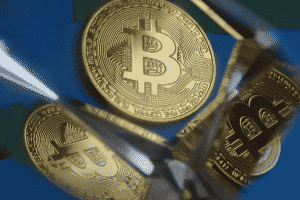 Bitcoin, the market leader among all the cryptocurrencies continues to be the pacesetter. Its price adjusted from December lows around $6,550 amid a generally bullish market. The downtrend from the highs posted in June around $13,800 has since been broken with Bitcoin finally embracing price action to the north.

The initial break above the resistance at $7,800 earlier this week stalled short of $8,000. However, the bulls taking advantage of the support emanating from the tension between the United States and Iran pulled the price significantly above $8,000. Bitcoin confirmed $8,400 before reversing the trend shy of $8,500.

Bitcoin alongside assets such as gold and oil corrected higher amid missile strikes by Iran on US airbases. The stock markets have remained volatile as tension continues to grow. On the other hand, Bitcoin has once again presented itself as a safe haven asset. Investors have been turning to Bitcoin to hedge against the unstable stock market.

Meanwhile, Bitcoin is trading at $8,287 and at the same time, facing a strong resistance line. If the bulls fail to overcome this hurdle, Bitcoin could easily plunge back to levels below $8,000.

According to the RSI, a sideways action is imminent with Bitcoin likely to consolidate the gains above $8,200. Besides, the $8,000 zone will function as key support above other keys support levels at $7,800, $7,000 and $6,500. Moreover, the 50-day Moving Average at $7,333 is in line to provide the needed support, especially if BTC reverses the trend.