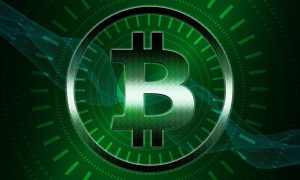 In what can only be described as a case of pure centralization on one of the biggest blockchains across the market, Bitcoin Cash (BCH), four mining pools, who control more than 33% of the hashrate, have proposed a 12.5% mining rewards tax on every block reward starting May.

According to the official blog release from Jiang Zhuoer, CEO at BTC.TOP, the tax will be sent to a Hong Kong based development firm, in the six months following the May upgrade. The organization will oversee the growth and development of the BCH blockchain.

A collective donation to fund development of the blockchain

At the moment, the development of the Bitcoin Cash (BCH) system has depended on corporate funding and free developers contributing to the site. However, Jiang Zhuoer, one of the top mining pools CEO in this proposal, sees this model as unsustainable for the long term development of the blockchain hence the latest move towards taxing miners a 12.5% fee.

HOWEVER… the stated reason is that miners don’t like where VC funding is going, and they want their own development path.

Why aren’t they paying for it, themselves? Why tax the network and then decide how it’s spent?https://t.co/LBBTwdHs9f

Nonetheless, the project has raised a number of questions on the decentralized nature of the taxing system. Is there a pool where those who wish not to be taxed can join? What are the reasons that will propel the BCH token towards a bull run? How decentralized is the Bitcoin Cash chain if 4 miners controls so much power over the system?

No case of decentralization on BCH

The cryptocurrency field is slowly growing into what it is not supposed to be – centralized. Well, the idea around the taxation is receiving positive reviews from the BCH community, and we have to hand it to the miners for the idea. However, the idea is not the problem but the execution of the proposal.

2) How will the rest of the $BCH community react to this miner-led arbitrary policy change?

For now, it seems like the general reaction has been positive so far as it‘s considered a “noble cause“.

But miners aren‘t supposed to unilaterally set the rules. Social consensus is..

The proposal is a piece by four of the largest miners, supported by Jihan Wu, Antpool and BTC.com; Haipo Yang of ViaBTC; and Roger Ver, Bitcoin.com; and Jiang, who control over a third of the hashing power.

What happens to the blocks that refuse to pay up the tax? Like the traditional centralized systems, those who do not adhere to the taxation set, will be punished (orphaned from development on the chain). The statement read,

“To ensure participation and include subsidization from the whole pool of SHA-256 mining, miners will orphan BCH blocks that do not follow the plan. This is needed to avoid a tragedy of the commons.”

In essence, the BCH community looks set to adopt the proposal in line with the May 15th block reward halving with little to no objection given the largest miners decision. The taxing period will last six months from starting date.