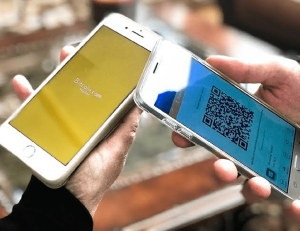 Bitcoin Cash (BCH) proponents forward a narrative of speed, security, scalability, and fast transaction settlement. All this has been made possible because of several enhancements that continue to be made on-chain.

For perspective, the Bitcoin Cash network has hard forked several times since August 2017. Amid the turbulence as they angle to be a preferred medium of exchange, the network now competes with ERC-20 stable coins including Tether, DAI, and USDC despite their adoption of Zero confirmation transactions.

While zero confirmation transactions will be settled faster, it is entirely based on trust. Otherwise, the delay will be longer and not as convenient given the block generation time, which is on average 10 minutes.

Meanwhile, the faster block generation time in Ethereum means ERC-20 tokens achieve finality faster and the transaction more secure since all transactions are confirmed and registered on the network.

Besides, the lack of price volatility in ERC-20 stable coins like DAI, Tether (USDT), and USDC, mean they are more attractive for merchants who may need to transact while rebuffing undesirable price fluctuations.

Why rely on 0 confirmation transactions when you can have real finality in under a minute using #DAI, #USDC or #Tether and not have to worry about price swings when hodling?#bitcoin #crypto

“The payment use case for #BCH has been completely co-opted by stablecoins on Ethereum. Why rely on 0 confirmation transactions when you can have real finality in under a minute using DAI, USDC or Tether and not have to worry about price swings when HODLing?”

What is a Zero Confirmation transaction?

As the name suggests, a zero-confirmation transaction is a transaction that is yet to be confirmed by a miner and inherently susceptible to double spending. That is, a situation where BCH can be used to settle more than once.

This was defeated with transaction broadcasting that required confirmation from miners but for speed and convenience, Bitcoin cash developers diverged from this as they sought convenience and push for mass adoption. Ordinarily, the length it takes for a transaction to be confirmed will vary with time.

To counter against attacks and double spending, Bitcoin cash developers proposed the Avalanche protocol to cushion the merchant against trust violation from the buyer.