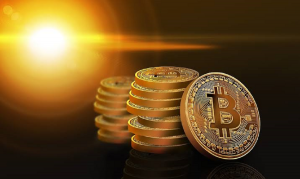 Bitcoin will soon enter a “new era” if price action is anything to go by. This is the view of one crypto commentator and analyst on Twitter, MoonOverlord. As per his Wyckoff analysis, Bitcoin is in the early stage of a possible rally that could lift prices to new highs following accumulation.

At the moment, commentators are net bullish on BTC prices. And understandably so. BTC is still the dominant coin with its market share at 68% and is increasingly finding utility as a medium of exchange and a store of value.

Following last week’s concerns that a full-fledged war was on the cards following the US assassination of one of Iran’s leading military figures, prices soared as risk averse traders ducked to the covers. Both countries have since toned down and a road to dialogue may smooth ongoing concerns.

Fundamentals may spur activity and ultimately thrust prices to new highs as demand inject new capital to Bitcoin, however, price action, for the neutral is a jumble with analysts seemingly at a crossroad.

While analysts like MoonOverlord are bullish, expecting prices to rally perhaps even print a new high ahead of a defining halving, others are not convinced.

There are two doors.

The door to your left leads back down to 7k now and then sideways for 4 months until a halving moonshot to a new ATH.

Nonetheless, there are bullish hints. In early December 2019, the premiums of Call Options at Deribit, a cryptocurrency Derivatives platform, were available at a premium indicating that most traders were expecting prices to rally.

Judging by the market activity today, 2020 is shaping up to be an interesting year for BTC. Call options seeing by far the most volume today.

An analysis of the Options markets shows bulls and while prices retrace from its highs, trader sentiment has been set and bulls are likely to flow back, picking on the lows to add to their longs.

The post Bitcoin (BTC) Will Soon Enter a “New Era”, is $9,000 inbound? appeared first on Coingape.