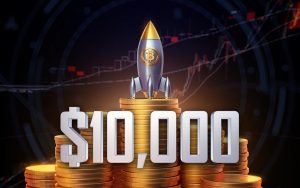 The uncertainty in Bitcoin [BTC] price continues as Bitcoin continues to trade around the $8,800 to $9,000 area. The volatility in the market is high, and after the recent bull run, the bias is currently on shaky grounds.

While the Price Action (PA) is unclear and some investors might look to FOMO into buying or selling. Leading analysts with a bullish bias like Sawcruhteez and Josh Rager, chalk out plans before turning into a complete bull.

Another derivatives and crypto trader, TraderSZ, noted similar resistances for turning into a bull. The price must hold and consolidate above long-term resistance and support around $10,100 for that. Josh Rager, tweeted,

Coincidentally, the criterion for crypto and derivatives trader, Tone Vays (who is still bearish) marks $10,000 to turn into a complete bull as well.

Moreover, the value also acts as a psychological barrier that would open the flood gates for larger retail investment. According to Rager’s trading plan it could breach $20,000 by July this year.

Nevertheless, as reported yesterday, the current levels might also be acting as resistance for an imminent correction. The traders with a bearish would look for a break below $8750-8600 range.

The current trading levels around $8850 and $9050 are acting as resistance to the bullish run. A reversal from current levels could drive the price down to $7,800-$8,200 levels again. A break below $8550 would likely trigger the bears again.

The risk vs reward ratio at current levels is quite high with the uncertainty. In his recent update, TraderSZ notes that as the bias remains unclear, traders must choose their respective bias and look to open small sized positions at the moment.

Are you bullish or bearish at the moment? Please share your bias with us.

The post Bitcoin [BTC] Price Above $10,000 is Key for Bulls – Analysts Explain appeared first on Coingape.