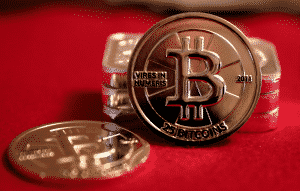 Bitcoin (BTC) indicators signal a price revival that will see price surge, retesting its all-time highs of $20,000 by July 2020. This is the review of one swing trader and technical analyst who took to Twitter, laying down his reasons.

Benefits from its Safe Haven Status

Behind this optimism are several fundamental and technical developments.

Fundamentally, BTC seems to have benefited from capital flight as risk-averse traders liquidated their assets for stability and to safe haven. Although BTC’s undoing could be its price volatility, it is digital, fluid and censorship resistant.

As the US-Iran tension took a turn for the worst, BTC prices responded by edging higher, bottoming up from last year lows, and breaking above the $8,000 psychological resistance. Prices have since cooled off as the flares between the two flexing countries have waned as Iran deescalates.

However, it is from the technical front, and the messages relayed from candlestick arrangement that the analyst basing is confidence on.

In lower time frames and especially the 4HR, a Golden Cross—a bullish signal, has printed. The buyers and the likelihood of the uptrend being sustained.

Check out this post on @tradingview to learn why I think $BTC will retest all time highs by July 1, 2020. 🚀https://t.co/IK87UVVpmf

A moving average—and its derivatives, are closely watched by traders and when plotted on a chart, it smooth volatility, plotting the general direction of the prevailing trend. Furthermore, there has been a bullish DI crossover on the ADX indicator for the first time since March 2019.

Most importantly though is candlestick arrangement in the last couple of days that point to price accumulation judging from Wyckoff accumulation pattern. He says:

“We are at the final stages of a Wyckoff Accumulation pattern. If this current pullback finds support above $7,600 then it would provide the signal of strength and the pattern would be complete. If it consolidates into some sort of bull pennant then that would be ideal.”

Whether price will increase after failing to close above the 20-Week Moving Average remains uncertain. Nonetheless, Bitcoin is one of the top performers in the top 10.

Excerpt Monero (XMR), the privacy-focused coin that broke in the top 10, BTC is up in double digits, cementing its position as a preferred safe haven and a medium of exchange.

At pixel time 10:04 UTC+3, the BTC price was up 10% in the last trading day, registering massive gains against ETH and other altcoins.

Its market share had also increased to 68%, highlighting its dominance.