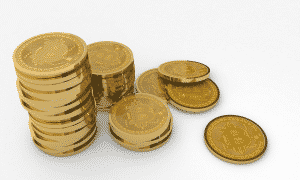 Bitcoin–if analysts and investors continue valuing it as a store of value, a safe haven, will in several years be the hardest money ever and “very sound”. Initially envisioned as an immutable, mathematics-controlled medium of exchange, the world’s most valuable digital asset, assuming its upward trajectory continues, will have a higher Stock to Flow (S2F) ratio better than gold after its fifth halving.

Used to gauge the long-term valuation of any asset, including BTC, whose circulating and total supplies are publicly visible and accountable, the tool predicts an uptick of BTC price to $55,000 after May 2020 halving.

Then, Bitcoin S2F ratio will be propelled to 53 and will further increase after the next halving, exceeding gold’s S2F ratio.

“Bitcoin will exceed gold’s stock to flow ratio in several years, making it the hardest money ever used. If people decide to continue valuing it, most likely as a safe haven, it will continue to be a form of very sound money. I do think though that a 51% would kill its value.”

Gold, despite being clunky and physical, is preferred by traditional investors and has been used for eons as a medium of value, a store of value—better than ancient art, gifting it a market valuation exceeding $8 trillion.

Tell that to anyone who has lived through a hyperinflation. Value is an idea people created. People choose what is valuable. Gold has endured as a store of value for thousands of years without government dictating it. People still buy gold when governments do dumb shit.

Trusted, gold is stocked by governments neither is it dictated though its market price, just like any other tradable asset, is controlled by market forces. It is the commentator’s view that Bitcoin will compensate its lack of intrinsic value with its superior digital advantage over gold.

Let’s instead of gold picture sapphires. These are precious stones with basically no utility. Their value is due to its scarcity, and people’s belief that they are precious.

So if Bitcoin is used long enough as a store of value, it will have an assured worth.

However, when prudence and utility-based value justification will be called upon, the lack of Bitcoin’s intrinsic value and utility means that gold will be preferred.

“That’s just it, unlike gold, which has utility, Bitcoin doesn’t. Unlike gold which is immutable, Bitcoin isn’t. These character flaws can be overlooked in speculative times, but when utility-based value justification is called upon, Bitcoin will fall over, and with it, value.”

That’s not to forget the chance of a 51% attack that would gift the third party the expensive ability to reverse transaction.

The post Bitcoin (BTC) Halving Will Propel its Stock to Flow Ratio Above Gold, making it a “Very Sound Money” appeared first on Coingape.