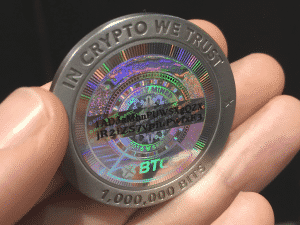 Tether (USDT), the preferred crypto liquidity conduit, has been trading for a discount for over a month now in China. This is according to Dovey Wan, a renowned media personality and the founding partner of Adaptive Crypto.

Given USDT’s significance and its role in facilitating OTC Bitcoin in the cryptocurrency trading restrictive country, Wan now says this is bearish for price, and traders should brace for liquidity drops ahead of the Chinese New Year on Jan 23, 2020.

Through a Twitter post, Wan notified the bullish Bitcoin community saying Chinese traders and holders will likely liquidate their holdings ahead of the busy holiday.

“USDT is in discount for over a month in China, usually considered as bearish sentiment. Coinbase BTC/USD is on a premium to BTC/USDT on Huobi, OkEx, and Binance. Considering 1/23 is Chinese New Year eve and people cash out before that+ liquidity goes down are known patterns.”

USDT is in discount for over a month in China, usually considered as bearish sentiment

Coinbase BTC/USD is on a premium to BTC/USDT on Huobi, OKex, Binance. Considering 1/23 is Chinese New Year eve and people cash out before that+ liquidity goes down are known patterns

It is likely that the Bitcoin community will brush off her observation as exuberance rules.

In September 2017—and just before Bitcoin soared to $20,000, China’s central bank, the PBOC banned the trading of cryptocurrencies and Initial Coin Offerings (ICOs), forcing projects to crowd fund in Japan, after South Korea also banned ICOs in an effort to protect investors against scams and to stem money laundering.

Since then, cryptocurrency trading in mainland China has been crushed, leaving players to traders to change BTC over OTC platforms and social media groups.

USDT is Preferred for Cryptocurrency Trading

There, USDT is a fast way of getting in and out of the cryptocurrency market. Right after the Sep 2017 ban, traders first shifted to USD before flocking to USDT despite doubts of whether Tether Limited, the official issuer of USDT, had enough reserves in their vaults.

While no specific figures exist to support the discount, earlier statistics reveal that the USDT—CNY rates were trading at a premium, with each USDT changing for 7 Yuan, over the official 6.7 CNY. The premium highlights the high demand of the stable coin and the urge of traders to jump into the market.

2/ Why the USDT premium going up? After the PBoC ICO/exchange ban, the most convenient way to buy cryptos in China, is to buy stable coins like USDT first using OTC, and then trade it into any cryptos you want in exchanges.

The post Alert: USDT Trading At A Discount In China Is Bearish, Is This A Bitcoin (BTC) Bull Trap? appeared first on Coingape.