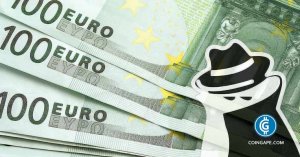 The European Union’s new Anti-Money Laundering Directive (5AMLD) is set to make it harder for cryptocurrency exchanges to carry out their businesses. The directive is set to make the exchanges more transparent in a bid to curb money laundering and counter terrorism financing. The implementation of the directive is only two weeks away and the proximity is worrying to exchanges such as Binance and OKEx who are based in Malta. What next?

Currently, providers of virtual currency exchanges between fiat and crypto are heavily unregulated in a number of countries across Europe and the globe. According to the directive, the concealed nature of the transactions on the exchange can be used for money laundering and terrorist financing hence the latest amendments to the AML/CFT laws.

“Terrorist groups may be able to transfer money into the Union financial system or within virtual currency networks by concealing transfers or by benefiting from a certain degree of anonymity on those platforms.”

While the prior directive touched primarily on investors in virtual currencies, the 5AMLD amends it to include providers dealing in cryptocurrencies such as exchanges and custodial wallet providers. According to the new laws these “providers” will be obliged to provide KYC information to authorities on suspicious accounts.

EU’s Anti-Money Laundering Directive (5AMLD) is set to take effect in two weeks. Exchanges will have to register and let authorities obtain KYC of users. This means that even Binance and OKEx, both based in Malta, will be required to follow these rules or leave the EU

The end of free passes

The cryptocurrency industry has long been appreciated for its “anonymous, private and a lack of government control” nature. However in the EU, users will be required to fill their KYC with exchanges on edge to comply or leave the EU.

“National Financial Intelligence Units (FIUs) should be able to obtain information allowing them to associate virtual currency addresses to the identity of the owner of virtual currency.”

Binance currently allows users to hold and carry out transactions of up to 2 BTC (~$14,000 USD) without any form of KYC. If the exchange however suspects fraudulent activity, the user will be requires to give their information. The new directive curbs this requiring the exchange to collect information on each user in a high degree of transparency. It reads,

“Such monitoring would provide a balanced and proportional approach, safeguarding technical advances and the high degree of transparency attained in the field of alternative finance and social entrepreneurship.”

While the directive places the EU countries on spot, countries may take some period of time before implementing laws on the 5AMLD. Malta may drag its feet in implementing the directive with two of the largest crypto exchanges based in the country, giving OKEx and Binance some time to figure the laws out. Furthermore, the directive explicitly regulates fiat-to-crypto transactions which places Binance on a safe ground even as a number of smaller crypto providers have closed shop.

Some smaller businesses, such as Bottle Pay, Simplecoin and Chopcoin have recently announced that they are shutting down altogether because of 5AMLD. Bottle Pay has shut down only three months after raising a $2M seed round

In two weeks the directive will kick in and it will be interesting to see the direction the exchange will take. Will a geo-blocking for EU users be launched by the exchanges or will they choose more favorable jurisdictions such as Africa and South America?