The king of cryptocurrency Bitcoin (BTC) is going through a rough yet somewhat stable decline in the last few months. 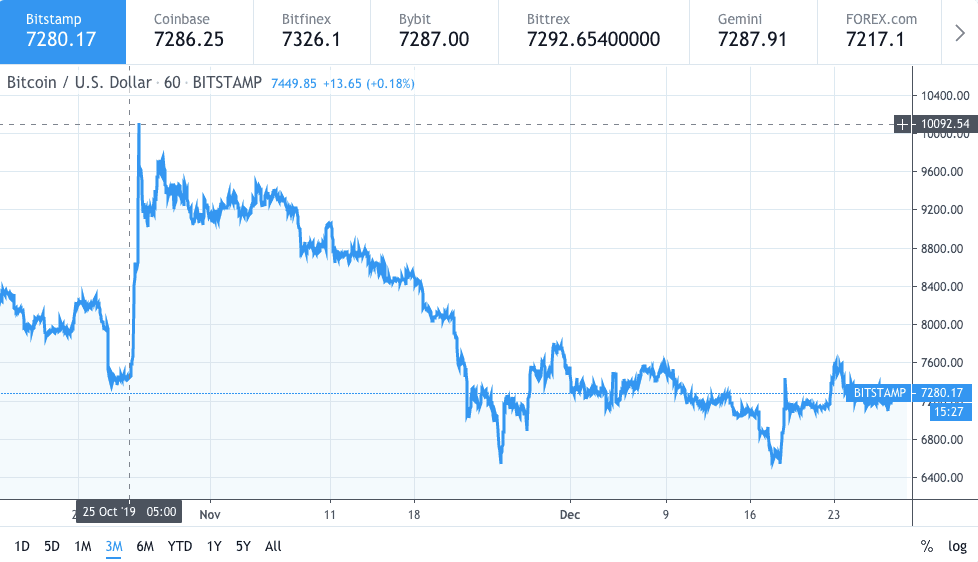 Whereas, the flash rise on the 26th October has managed to keep the king of cryptocurrency at the level prior to the said flash rise. Traders and analysts are keen for predictions, and most crypto-pundits have been unable to provide an accurate long term sighting.

Where the sceptics have been predicting crash down to the $3000 mark for quite some time, enthusiasts, on the other hand, have been of the view that the king would rise up to the $20000 mark.

In the latest, however, a cryptocurrency trader and Twitterati Crypt0mer has found a signal reappearing after almost ten months of delay since February 2019.

Klinger signaling a buy on the weekly, last time it did that was around Feb ’19 around 3.7keks; the bera correction might be over -or- it can be a false signal which happened before, need to keep an eye on it. 👀 $BTC pic.twitter.com/SH1vwt9QE2

The signal indicates that the Bitcoin price would be able to hit another high given that the one-week Klinger Oscillator hits the green once again. The last time it hit the green zone, Bitcoin price jumped from $3700 to the $13800 mark in Q1 of 2019.

The current movement is showing a similar pattern where the Klinger Oscillator is about to hit the green area within a week. If the pattern continues, Bitcoin price may well hit the much-awaited $20000 mark and a new all-time high record.

However, given the volatility of the cryptocurrency sphere and the ever-changing global political scenario it is also likely that the oscillator would miss the green zone and land into the reds, holding the Bitcoin price at current levels.