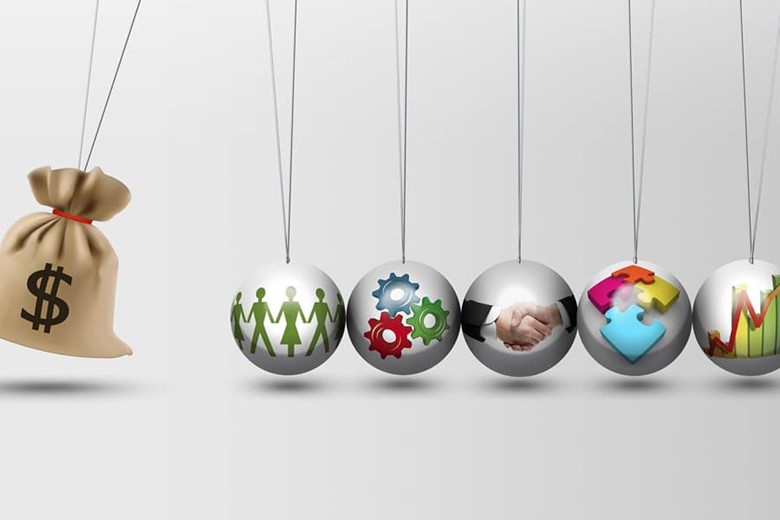 There’s this mythic notion that we associate with the term “smart money.”

For many of us, “smart money” often refers to investors who are able to make a consistent profit in the markets; investors whose decisions are seemingly right most of the time. Even the well-known technical analyst Thomas Bulkowski refers to market charts as the “footprints” of smart money.

In 1720, one of the smartest people in the world, Sir Isaac Newton, decided to apply his smarts to the stock market…it ended disastrously.

Newton invested in the South Sea Company; a smart move, considering the fact that the company commanded a monopoly over Britain’s South American trade. Before long, Newton’s shares were up with a 100% gain.

As the South Sea Company’s shares rose, more people rushed in to buy. The shares began to skyrocket. At that point, Newton did the smart thing: he sold at a profit. But this is where the madness began to take hold: the company’s stock price still kept rising. Newton’s friends, those who did not sell their shares, were getting wealthier and wealthier by the day.

Seeing his friends growing exponentially richer by the day, Newton, arguably one of the world’s smartest men, did what every smart person typically does…but shouldn’t: he bought more shares…at a premium price three times the amount of his original stake!

To make a long story short, the market crashed and Newton’s entire stake (his life savings) went down with it. Afterwards, he penned the now famous phrase: “I can calculate the movement of stars, but not the madness of men.”

Next year will mark the 10-years anniversary of the Global Financial Crisis.

The last decade of our economic history has been marked by unprecedented levels of monetary stimulus…an expansion of the money supply measured in trillions. Asset prices are bubbling across the globe.

The stock market is at an all-time high. The same can be said for bonds, property prices, and interestingly, corporate stock buybacks (much of which has been fueling stock prices…and much of which is funded, of course, by debt).

Similar to the situation Newton once faced, these asset prices are continuing to climb!

Hugh Hendry, founding partner of Eclectica Asset Management, is just one of the few hedge fund managers who have decided not to continue operating in this market environment, noting that every metric is signalling a severely overpriced condition in the markets.

And as history has shown us time and again, no matter how smart we have become, market timing is an art that we just cannot master. We know that strong booms are always followed by sharp and swift busts, but we cannot seem to get in or out at just the right moments.

A decade of QE has fueled a gigantic wave that is about to crash. Would “smart money” stand in front of it, or would it attempt (like Newton) to ride it?

Perhaps the real smart money would do neither. Smart money does not speculate in price but invests in value. Smart money values long-term soundness over short-term opportunity. And there is no smarter act than buying gold or buying silver–both of which are the only assets that can stabilize the value of money when money has lost both value and stability.

Don’t make the same mistake that Sir Isaac Newton did. Don’t make a high-stakes bet that would cost you your entire life savings. Given today’s economic conditions and geopolitical turmoil, it won’t take much to set the markets off into a death spiral. You can lose everything…or you can thrive. The solution is easy. It doesn’t take much thought to be part of the smart money crowd. It just takes a basic understanding of the value of money. And that’s all the smarts you need.

This article originally appeared on https://gsiexchange.com/