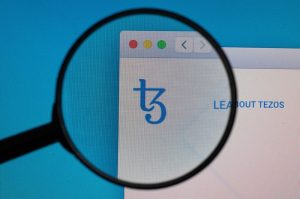 XTZ, the native currency of the self-amending smart contract and DApp platform, Tezos, has registered impressive gains against the USD, BTC and ETH. The token is up 11%, 9% and 10% respectively, exciting token holders who expect further gains going forward.

Recently, there has been a lot of debate-and expectations- around the Ethereum competitor following the collapse to new lows. Distinct, Tezos’ on-chain governance allows token holders to vote and determine changes of code averting chain splits which can be disastrous to the platform’s valuation and an unwelcomed distraction to the initial vision.

Although specific details around the main bull triggers are scarce, based mostly on oblique remarks, analysts and commentators are pointing fingers at Binance’s staking support announced three days ago.

Why get lost in the weeds?

According to Binance, the world’s leading cryptocurrency exchange by trading volumes and aggressively expanding to cover as many regions as possible, they will support zero fee staking on XTZ. Official support started on Dec 4 but it will complete the first distribution of rewards by the 20th day of the following month.

“XTZ rewards will be calculated daily based on live snapshots and distributed monthly. Distributions will be completed before the 20th day of each following month. Starting from 2019/12/04, Binance will begin taking hourly snapshots of user XTZ balances.”

Binance supports staking-or locking of coins of particular Proof of Stake network, in exchange for rewards. By locking coins for a specific period, owners receive rewards for bolstering the network’s security.

The announcement was a direct boost for XTZ and comes a few days after the French Armies and Gendarmerie’s Information and Public Relations Center acknowledged that they have been using the blockchain to record and subsequently validate expenses incurred during judicial investigations.

Through a press release, the Gendarmerie’s cybercrime division (C3N) said they used a system developed by Nomadic Labs to buy the coin from a Euro-pool allocated fund to cover operations cost.

On Dec 6, DigiFinex exchange announced their official support of XTZ. Deposits and withdrawals will begin starting on Dec 9, while official trading will start on Dec 11. The exchange will initially support the trading of XTZ/BTC and XTZ/USDT pairs.

The post Tezos (XTZ) is Flying High, Gains against USD and BTC appeared first on Coingape.