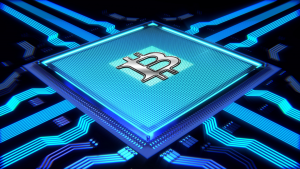 There is a direct relationship between Bitcoin hash rate and price. The former follows the latter. If BTC prices fall, odds are Bitcoin miners will switch off their rigs. That means a drop in the network’s hash rate. Hash rate, a measure of how fast a mining rig can calculate and solve SHA-256 hash functions, is a key metric in Bitcoin and other Proof of Work consensus algorithm protocols.

The lower the hash rate, the more susceptible the network is. When push comes to shove, external elements can launch a dreaded Majority Attack.

Still, Bitcoin remains the most secure while Bitcoin Gold, Ethereum classic networks have been breached before. For perspective, an attacker will need $553,982 to attack the Bitcoin network for one hour but $15,439 for the same attacks on Dash.

However, at this point with prices stagnant and the market fearful, analysts are hard at work figuring out which price levels which will push most miners to the edge and force them to turn off their vital rigs as mining won’t be feasible.

According to an analyst, Bitmain’s S9 has the worst break-even profit rates for any Bitcoin mining device. To remain profitable, BTC prices must be above $7,643.

Meanwhile, the latest rig from Bitmain ASIC S17 is currently profitable, and will remain so as long as prices are treading above $3,598. At spot rates, the Bitmain S17 ASIC miner will generate a daily profit of $3.17.

On average, miners who deploy these latest gadgets are still in green as the break-even price is around $4,000. Given this below market rate, the analyst project that BTC will probably fall to the $4,000-$4,500 and even sync with last year’s price action when prices coincidentally recovered at around miners’ break-even levels of $3,000-$3,200.

“A large number of matches indicate a clear pattern. Therefore, it is worth paying attention to the following two levels: $4,00 and $4,500. It is quite possible that bitcoin will come to these very marks and, possibly, it will be that very bottom from which new explosive growth will be expected from us.”

The post If Bitcoin (BTC) Miners Are Profitable Above $4,000, Will Price Drop by Another 43%? appeared first on Coingape.