The king of cryptocurrency Bitcoin (BTC) is going through a seismic downshift that just might take the Bitcoin price down below the $7000 mark. If things don’t change soon, the results may see another crash below $6800 finally in play after months of predictions.

BTC price showed slow growth to $7800 range over the few days only to drop down to $7400 range on the 1st of December. Since then, Bitcoin hit the $7600 mark once but was unable to find any support. 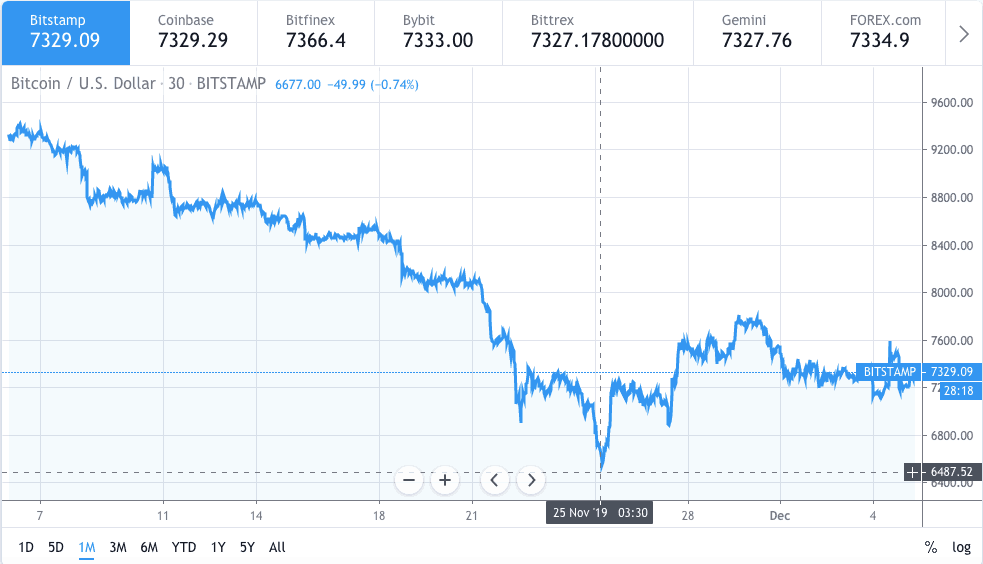 The cryptocurrency market plagued with fake stats appears to be in a comparatively ordinary mood, rates seem to fall more or less in the range of either two percent increase or decrease for most top cryptocurrencies, but at one point Bitcoin seems to have the greatest growth in price at nearly two percent.

Bitcoin price movement: What to expect in December 2019?

While November proved to be another difficult month for Bitcoin, showing the lowest price in the last six months, signs of improvements had started to emerge, particularly after the November 22nd and 23rd fall.

The supremacy of the forthcoming seller was confirmed by the relative strength index, which is getting near to the overbought area. However, another danger is looming over the Bitcoin price charts, a sharp head, and shoulders forming on the 5-day price charts.

Bitcoin price is currently coming out of another steep head and shoulders pattern after a flash raise to $7600 range. If the current support levels at $7330 and $7300 hold ground long enough, BTC price is likely to go for another stable raise on the charts above the $7500 mark.

However, if the A + B pattern repeats itself at point C and D, Bitcoin price would fall well below the $6800, and this time, the fall would come harder than last time. However, at present, the question remains, would Bitcoin price see a new low before the year ends.