Bitcoin Cash Price falls below the $214 level towards $210 mark as December 7 comes to an end. 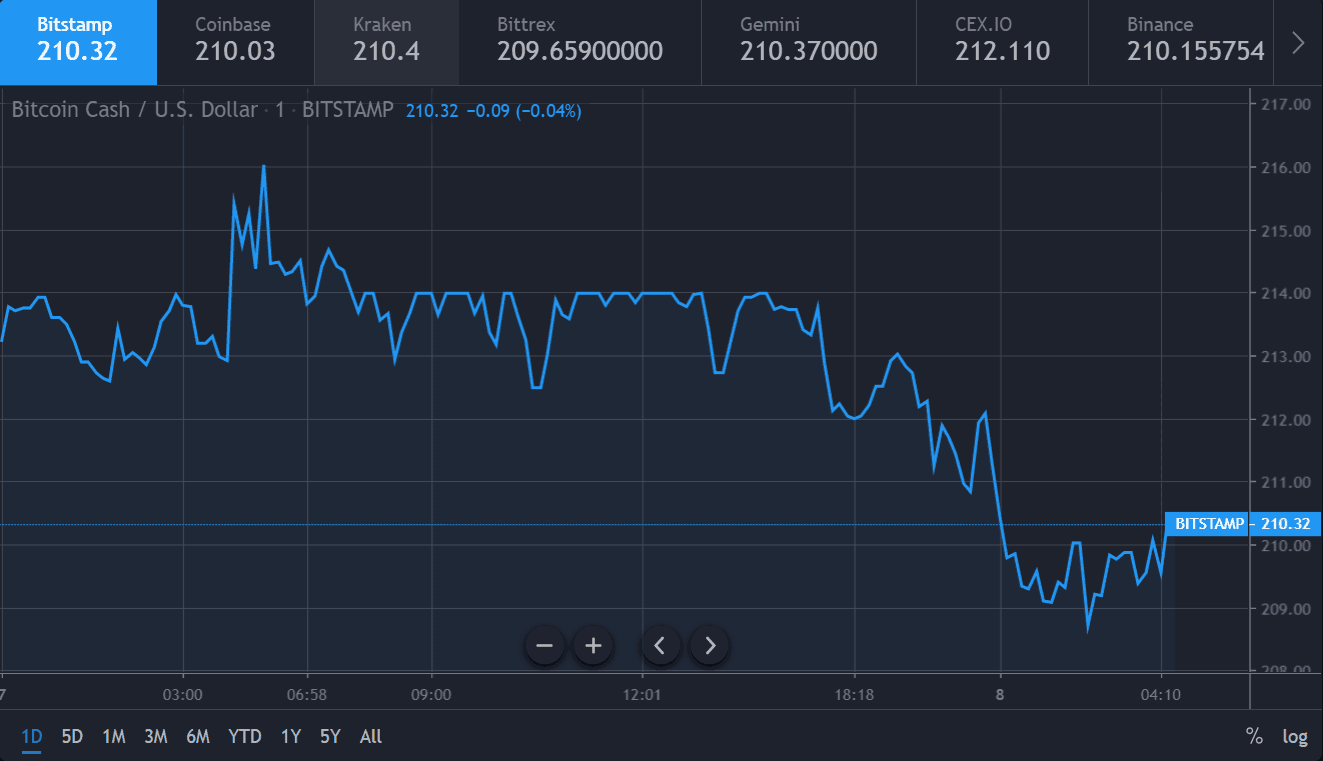 In the last quarter of December 7, the price line saw bears that steered it downwards and towards the $210 level. Here, the cryptocurrency reached its low at 208.68 US dollars. Currently, BCH trades at 210.32 US dollars.

The moving averages draw relatively smoother and straighter curves for this 24-Hour price analysis, depicting no significant or abrupt variations in the price for December 7. The 20-Day Exponential Moving Average (EMA) closed under the trading pair and the 50-Day Simple Moving Average (SMA), at $209.95. The SMA closes on the top with a value of $210.91.

The cryptocurrency has not shown any overbought or oversold instances for December 7, which is why the Relative Strength Index (RSI) has stayed between the levels 30 and 70.