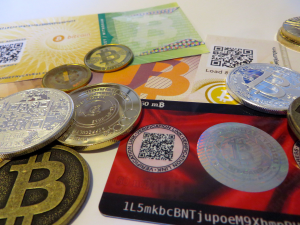 Bitcoin [BTC] has experienced two consecutive months of bears with a 33% drop from highs in November. What began as a bullish quarter with the Xi Pump remained bearish for rest of the year.

However, during the same time Gold prices managed to break above $1500 again (3rd time this year). Hence, technically gold has held onto it’s gains of the year, reversing its bearish sentiments in October.

Moreover, the equity markets are performing exceptionally well as it continues to breach past All-Time Highs. The S&P 500 index in currently at $3240, with a 28% annual rise. In the past two months, it added 6.4% value to the ATH levels attained in October above $3000.

Gold Buff, Peter Schiff who stands against both FIAT and Bitcoin, he notes sarcastically,

Bitcoin is not disappointing those who claim its true value is that it’s a non-correlated asset. Every asset class in the world is rallying into the end of the year except Bitcoin. Not sure what value this actually adds, but at least #Bitcoin is meeting expectations on something!

The correlation index between gold and the equity market is usually negative(or inverse). In 2018 it was -0.35 compared to a positive value above 0.2 in 2019. Nevertheless, the rise in these markets have also been accompanied by rise in national debt across the globe.

Moreover, the current trend is contrary to all believes in the financial and crypto markets as well. Thomas Lee, financial analyst from Fundstrat had noted that Bitcoin performs better during stock market rallies. He said,

Nevertheless, on a longer time frame, Bitcoin has gained about 200% since the beginning of the year. On an annual or decade end comparison Bitcoin is out-performing most of these assets.

Furthermore, even folks at CNBC noted that it protected the long-term bullish trend on a logarithmic scale.

Do you think that the bulls will join the Bitcoin markets as well? Please share your views with us.

The post Bitcoin [BTC] Price Remains in a Downtrend while Gold and Equity Markets Soar appeared first on Coingape.