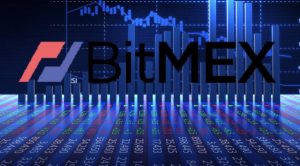 BitMEX closes out the year nearing $20 billion in total liquidations on its XBT contract as the price of Bitcoin balances lightly at key support levels at $7,200 USD. Despite the bloody situation across the board in 2019, BTC traders still hold faith in a bullish reversal as we head to the block reward halving in May.

Through the course of the year, ~$20 billion got liquidated on @BitMEXdotcom, a ~20% increase since last year.

Assuming an average leverage of 25x:

Despite the dominance of XBT longs liquidated on BitMEX, the total value increased by partly 17.6% in 2019 indicating a larger growth on the number of short contracts liquidated. Following a rather successful year that  has seen BTC grow by 80%+, bears have suffered compared to 2018 as the value of XBT shorts liquidated, grew by 30% to $7.232 billion USD.

Despite the rising value of liquidated XBT contracts, traders seem to hold on faith of a possible bullish run come early 2020. Could we be in a consolidation phase First of all, the halving is only a few months away, and there is a tendency in the market to accumulate BTC some months before the event in anticipation of a supply cut. Even if demand for BTC remains relatively the same, the price is expected to rise (and possibly hit an all-time high) come the end of next year.

Moreso the longer timeframe charts shows a possible flipping in price in either direction as the price balances lightly on key support region between $7,000 USD and $7,300 USD.