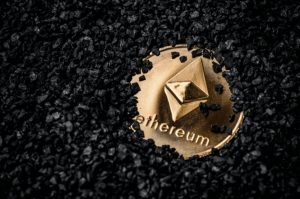 Three days remain before the widely anticipated Ethereum hard fork, Istanbul, is implemented. Despite the execution coinciding with unrelenting bears, it is emerging that more investors are pouring in to the second most valuable cryptocurrency, ETH, according to statistics from Token Analyst. Week-to-date, there have been more inflows, at $115.5 million, than outflows, at $104.9 million, indicating investorsâ€™ confidence and a possibility of price expansion in days ahead.

All About Istanbul Hard fork

Istanbul is the second hard fork that completes implementation of several EIPs that were postponed after technical hitches experienced during the Constantinople system-wide upgrade. A necessary improvement that will also complete the Metropolis stage of the Ethereum roadmap, assuming that the execution would be smooth and developers wonâ€™t find any reason to postpone, it would likely be the last source code improvement under ETH 1.0. Istanbul will pave the road for Beacon Chain of which the Testnet of Phase 0 will be activated in early 2020.

Last call for the #Ethereum Istanbul fork. In approximately 4 days mainnet is updating. Please make sure your nodes are up to date before that deadline.https://t.co/7zr1peRdbc

The transition to Ethereum 2.0 has been dubbed Berlin and therein, the Ethereum network will activate code that will rebuff attempts by ASIC manufacturers to roll out miners that could lead to centralization as witnessed in Bitcoin. During the Berlin stage, Programmatic Proof-of-Work (ProgPOW) will be activated, effectively combatting the more efficient, specialized ASIC miners.

Nodes Are not Ready

Today, despite the upcoming event, a majority of Geth and Parity node operators are yet to upgrade. To be exact, a whopping 60% of Geth clients and 56%-or 462 nodes, of Parity are yet to upgrade ahead of the hard fork. Combined, 60% of nodes three days before the decisive hard fork.

ETH, like Bitcoin and pretty much all leading high market cap altcoins, has dipped in recent months. Although traders and investors expect a recovery in days ahead, the Istanbul hard fork could present a chance for aggressive traders to counter the market and buy the dips.

Technically, bears have a tight grip over the market. Following the unexpected slide below the $150-60 support at the end of November, now resistance zone, the bear breakout pattern that printed could spell down for ETH HODLers in the short-to-medium term unless there is a sharp upswing that lifts prices above $160 as bulls aim at the psychological $200 mark.

The post Ahead of Ethereumâ€™s Istanbul Hard fork, Investors Flow In appeared first on Coingape.