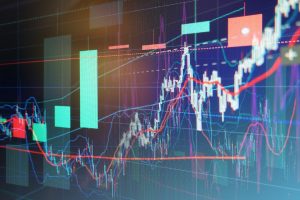 Bitcoin has less than two months to actualize the anticipated end-year rally. From my perspective, return to levels around $20,000 is not only unlikely but also a mirage. However, for Bitcoin anything is possible. For instance, last week Bitcoin zoomed to levels at $10,500 and immediately reversed to levels marginally beneath $9,000.

The price action that followed failed to stir action above $9,500. Bitcoin is settling in a tight range between $9,000 and $9,250. Besides, the just concluded weekend session saw Bitcoin and other major cryptos traded with a sour tone.

Meanwhile, XBT/USD is dancing at $9,160 following a subtle 0.6% loss on the day. The upside is capped by 50 Moving Average (MA) on the four-hour chart. Also limiting movement north is the middle channel of Andrews Pitch fork. As long as Bitcoin stays below this channel barrier, key support areas will remain depressed. According to Batrachotoxin, a popular analyst on Tradingview Bitcoin more bullish than bearish. He explores a subtle rising wedge pattern on the four-hour chart: