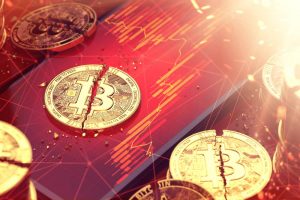 Bitcoin reacted incredibly well in the American session on Monday. The price action jumped above several key resistances, some of which I discussed yesterday. The initial step above $9,200 encouraged Bitcoin longs’ traders to bet on a higher price. Bitcoin scaled the resistance at $9,400 and $9,400 respectively. However, liquidations could not allow the contract to hit the next target at $9,600.

Looking at the hour, we can spot a couple of pattern that has been instrumental to the rise above $9,500. Bitcoin is trading within the confines of a gradually rising channel. The channel resistance is a factor in the ongoing reversal that has seen Bitcoin test $9,400.

Another key player is the falling triangle pattern formed following the sharp correction from highs above $10,500 and the consolidation between $9,000 and $9,400. Besides, trading above the Moving Averages (Mas) on the one-hour chart was key to the bullish action.

The Relative Strength Index (RSI) after brushing shoulders with 70 retreated towards the average (50). However, a reversal movement is likely to take place. The return towards the overbought will stir more bullish action towards $9,600. In the event, the bears extend the losses, $9,200 is a viable support area and a buy zone that could eventually actuate a reversal.