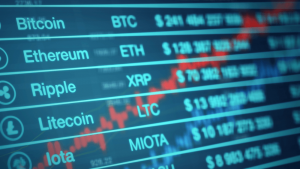 The site essentially re-directs the users to the Poloniex Exchange site. According to the exchange post on social media,

This domain will improve APAC user’s experience of navigating to our exchange and increase the speed of getting access to it. Try NOW!

In the post, Poloniex also cited its goal of attaining the number one position. Currently, Binance leads the spot exchange space and recently expanded into the derivatives market as well.

Recently, Poloniex exited the US market and from Circle to focus on other global markets. Stringent regulations also drove Binance into opening a separate entity for the US.

The rising interest of blockchain projects in China provides for the necessary impetus for growth. Okex, Huobi, and Binance are the leading Chinese Crypto Exchanges.

Nevertheless, due to the practice of ‘wash trading,’ the data in the crypto markets on exchange volumes is misleading. Hence, there is ambiguity in the rankings posted on data websites.

According to Nomics, Poloniex is currently ranked 11th in the list of top exchanges according to volume. BitMEX ranks first, followed by Binance in the second position.

Tron Founder is an Investor of Poloniex

Justin Sun, the founder of the Tron blockchain platform and TRX cryptocurrency, is a stakeholder of the exchange. Sun revealed his investment interest in an update posted to commemorate Tron’s addition to Poloniex. However, he reaffirmed that the Tron Foundation and Poloniex would function independently of each other.

At the time of the spin-off from Circle, Poloniex noted an Asian Investment Group would spend $100 million on operations management. While suspicions were raised about Sun’s involvement in the deal, his confirmation comes now as Poloniex lists Tron [TRX] on its exchange.

Do you think Sun’s plan to take on CZ’s Binance will be successful? Please share your views with us.

The post This Crypto Exchange is Set to Compete with Binance for the First Position appeared first on Coingape.