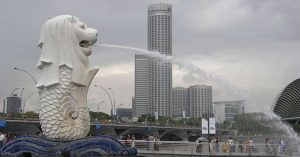 The latter moved headquarters to London in 2017. It will start its digital wallet and trading services using Singapore dollars in a month. The provision of two bank accounts will allow the firm to pay salaries and hold money raised from investors. The name of the banks continues to be in close wraps.  U.K Financial Conduct Authority in 2016 accepted the latter into its regulatory sandbox. Since then, Luno has been fast expanding in Europe and Africa.

Still, Luno’s existing Singapore bank accounts don’t allow it to hold money for clients, the biggest impediment for a crypto-exchange operator to thrive,

said Goh, who joined the firm in 2018 after almost an eight-year heist at the Monetary Authority of Singapore.

“It’s a good start, but there’s more work to be done. The bank situation shall be resolved soon because that is core and fundamental to getting crypto exchanges and their business up and running.”

Firms Join Hands Together To Promote Code of Practice in Industry

Presently, the exchange relies on a stored-value facility to handle its clients in the absence of banking services. Firms associated with cryptocurrencies in Singapore are earnestly working to convince banks and regulators. Furthermore, the association of cryptocurrency enterprises and startups Singapore is working on an initiative to promote a code of practice in the industry. This will further involve the  Monetary Authority of Singapore and banks.

Luno has also become a part of the industry group.  Furthermore, firms that either buy or sell cryptocurrencies or operate an exchange will be regulated under the “Payment Services Act”. Luno has open-heartedly welcomed the move and believed that it will help mitigate risks and is a much better move than banning cryptos altogether.

With that being said, banking support is primary for cryptocurrency-based firms. In June, leading Indian cryptocurrency exchange, Koinex shut down its operations due to lack of support from banks.

“The last 14 months have been tough to operate a digital assets trading business in India, on account of the closure of bank accounts holding user deposits,”

Time and again, there have been arguments and debates if cryptocurrencies will replace traditional money. If we consider the actual scenario, it seems that if both join hands it can give rise to financial equilibrium.

Will crypto exchanges ultimately manage to get regulatory approval? Let us know, what you think in the comments below!