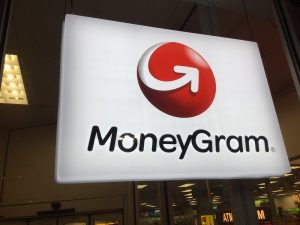 The shares of Dallas-based, Ripple Inc-backed, MoneyGram, took a nosedive Thursday Nov 14, posting losses worth 26%. MoneyGram is one of the world’s largest money transfer giants. Mid this year, Ripple Inc. announced their strategic deal with MoneyGram that would see the latter incorporate xRapid for efficiency and cost-reduction.

Trump To Be Blamed For This?

Commentators are pinning this drop to the failure of the Trump led administration to strike a trade deal with China.

Market participants were hopeful that the first phase of the trade deal will be struck Monday following President Trump’s announcement that China had agreed to buy US’ farm produce to the tune of $50 billion annually. However according to people aware of the discussion, China negotiators were cautious about putting a specific figure in the agreement’s text leading to a snag, triggering a market wide slump of share prices.

Reuters reports that the US and China are currently locked in what they have termed as an “in-depth” discussion to level out their differences and come to an agreement on the first phase of this protracted and economically consequential trade agreement. China wants imposed tariffs removed as that would signify the importance of the agreement.

The slump in share price comes a day after they incorporated Ripple’s On-Demand Liquidity (ODL) in exotic markets. The ODL is a suite of services that includes xRapid, a solution that uses XRP for fund transfer. Through xRapid, fund transfer between countries would be instantaneous and cheap. Speaking of the incorporation at the Asia House Global Trade Dialogue in Singapore, Marjan Delatinne, the head of Global Banking at Ripple said:

“MoneyGram, for instance, is a case that went live recently. They are using this solution in a few markets, as I mentioned in more exotic markets like Mexico, Thailand – and they see already a great efficiency decrease in the costs in the way that the treasury and liquidity management is happening.”

MoneyGram balance sheet continues to remain lackluster. Despite incorporating xRapid in Q3 2019, their quarterly earnings report showed that the money transfer giant is still in the red, posting a $7.7 million loss. Even so, their CEO, Alex Holmes, is confident saying that they will continue in their business transformation, seeking to improve customer experiences and focus on innovating.

The post Ripple-Invested MoneyGram’s Stock is Down 26% appeared first on Coingape.