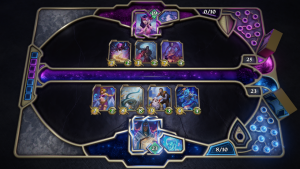 There is no denying that ERC 20 standard tokens still hold the bulk of transactions on Ethereum. Nonetheless, the recent spike in ERC 721 non fungible tokens (NFT) transfers was quite noticeable. Gods Unchained, a blockchain based game, saw its ERC-721 transfer count peak during the month of November blasting past the previous high achieved by CryptoKitties, in the digital asset rush of 2017.

The recent boost in gaming cards (ERC 271 NFTs) sales by Gods Unchained is tied to an unfortunate case that saw its largest competitor, HearthStone, disqualify a winner for promoting Hong Kong protests on the platform.

According to data collected by CoinMetrics, the total transfer counts by ERC 721 standard tokens surpassed both ERC 20 and ETH transfers on Nov. 12 – with over 500,000 transactions completed. The spike is attributed to the growth of one specific blockchain game – Gods Unchained – which is strikingly similar to its largest competitor, HearthStone. The game has a 24-hour transaction volume of 383,035 NFTs and a 7-day volume of 2,869,150 NFTs.

A Hong Kong Back Story

According to info collected by Nate Maddery, a research analyst at CoinMetrics, on October 7th, HearthStone announced they will be rescinding all gifts from the prize winner for supporting the current ongoing Hong Kong protests. The game further passed down a one year suspension from the platform, a move that angered the crypto public – and provided an opportunity for Gods Unchained to shine.

2/ On October 7th, Blizzard, the maker of Hearthstone, announced that they were rescinding the prize money from a champion pro player and suspending him for a year because he had spoken out in support of the Hong Kong protests.

In response to the ban, Gods Unchained called out their competitor claiming they “cared more about money than freedom” and offered to repay every dollar rescinded from the champion. They further offered a free ticket to the champion in their $500k championship saying “no player should be punished for their beliefs.”

.@Blizzard_Ent just banned @blitzchungHS and stripped his Hearthstone winnings because they care about money more than freedom. We will pay for ALL his lost winnings and a ticket to our $500k tournament: no player should be punished for their beliefs. #freegaming https://t.co/ONvtkG4x9G

Since the news broke, Gods Unchained sales boosted exponentially as they sold out their Genesis card pack for 33,333 ETH (approx. $6.2 million). The current growth of NFT cards shows a real use case for ERC 721 tokens in gaming and a growing affinity toward gaming assets having real value to gamers.

6/ Gods Unchained may be early evidence that gamers are starting to care more about owning their in-game assets, and that a larger shift could be on the horizon.

The blockchain gaming industry is steadily growing despite the number of ERC 20 contracts still leads the way ahead of ERC 721 tokens – at 184K and 4,600 respectively. ERC 20 tokens non-token contracts stand at 12 million contracts representing a 39% spike since January 1st. ERC 721 tokens also witnessed an explosive year-to-date growth rate of 350% in the same period and token contracts experienced a 31% increase. 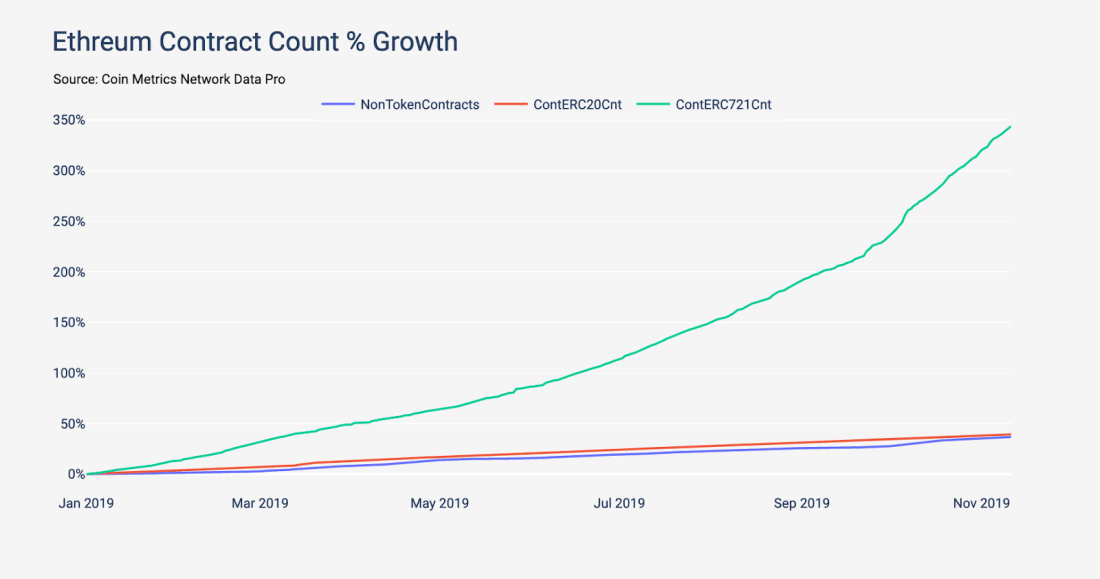