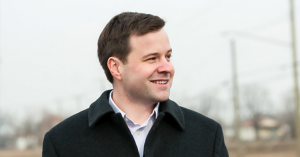 Philanthropy meets Bitcoin (BTC) as millionaire, Bill Pulte, son to billionaire and the founder and chairman of PulteGroup, William John Pulte, announced on Twitter plans to give away BTC to some of the less fortunate and lucky persons. In less than 12 hours following the announcement, the philanthropist’s website faced a number of crashes as the BTC community flocked to participate on the giveaway.

Bill who claims to have started the Twitter Philanthropy aiming to give necessities, foodstuffs and cash to the less fortunate as well as a lucky few participating on his Twitter posts. The latest philanthropic gesture from the millionaire is aiming at “decentralizing philanthropy” to make it faster and easier for the unbanked and underbanked to receive help.

Bill tweeted on Nov. 5 that he will be giving a select few persons BTC to promote the decentralized payment systems across the globe. The tweet read,

The reason that I gave away Bitcoin on the internet is that I believe that peer-to-peer systems are the way of the future. We’ve been Decentralizing Philanthropy to become peer-to-peer, which helps more people.. faster. I’m using my money to help us blaze new frontiers. Join us!

While a number of critics condemn the sweepstake method Bill uses to give out his cash, calling the philanthropic nature of the whole process false, the latest move of giving BTC away offers a huge benefit to the community and industry as well.

News across the cryptocurrency community travels fast it seems. On launch, Teamgiving.com, the sweepstake website to which participants flocked in an attempt to win Bill’s cash and BTC faced multiple crashes following the announcement of the BTC giveaway.

In a light hearted note, Bill complained on the influx of visitors to the website tweeting,

You guys keep crashing the @TeamGivingCom website 🤣😂🤣😂🤣🤣🤣. They will catch up. It’s been a wildly successful launch. Who thought? . If you don’t follow them, follow @TeamGivingCom

In conclusion, Bill’s actions have been recognized and commended by the Bitcoin community. With close to a million users on Twitter (a milestone at which he is expected to giveaway a whopping $1 million to charity once reached), Bill’s giveaway has introduced a new audience to the digital asset enabling “simpler and decentralized global payment system”.

The post Millionaire Bill Pulte Organises Another BTC Giveaway; Website Crashes With the Influx of Participants appeared first on Coingape.