Using a crypto exchange platform or a wallet can be risky if you don’t know a thing or two about it. Luckily we are here to help you identify the risks and the assets of certain platforms. Lately, Coinbase’s crypto rating council brought together big names from the industry.

Coinbase has established itself as one of the leading brands in the crypto exchange business. Originally set up in the mid of 2012, the corporation expanded rapidly and has currently recorded 10 million users and over 50 billion USD in trades. This speaks a lot about their success and reliability.

What we will cover in this guide: 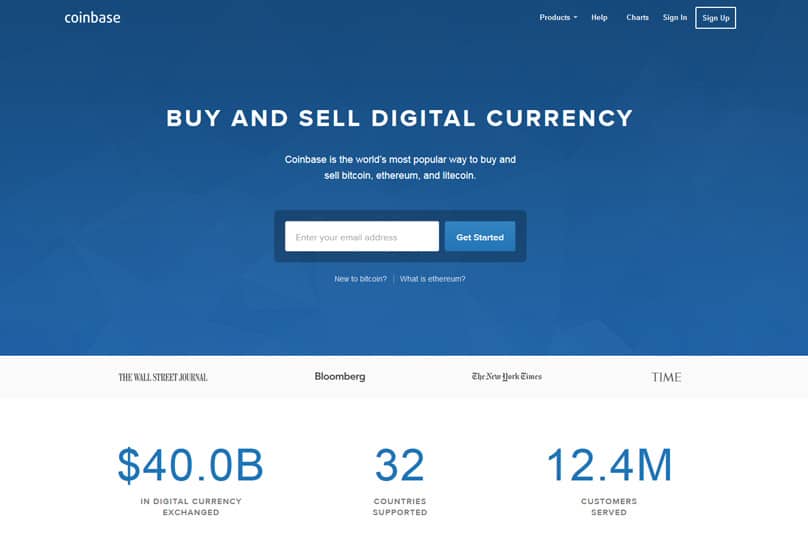 As one of its leading security policies, Coinbase has a vast off-line storage mechanism for its customers’ funds. Leading estimates suggest that close to 98% of the firm’s money supply is kept off the web, thereby minimizing the potential for cyber theft. The company does utilize different means to enhance data security. While most firms store data on their own personal servers, Coinbase ensures that the data is isolated from the web, making it harder to reach.

One of the major security protocols the corporation utilizes is a two-step verification that all users would need to face. This process requires them to obtain a code from their phones, apart from merely their username and password.

In addition to all of this, Coinbase augments its security apparatus for the payment procedure, ensuring that all internet traffic is only channeled through encrypted SSL mediums. It also grants all of its private keys and wallets AES-256 encryption for added safety.

Apart from the security mechanisms aimed at safeguarding customers and their money, to make Coinbase safe it also implements a vast number of safety protocols to ensure its employees and its corporation from nefarious entities.

As part of this procedure, the company puts all its prospective employees through tough background checks to weed out the criminally inclined or those with past criminal records. In addition to this, the firm also applies some tough encryptions on all hard drives they utilize, apart from installing strong passwords and screen locking as well.

Security for its applications

To ward off the possibility of CSRF attacks, the firm implements SQL based filters that ensure the authenticity of all of its requests.

In addition to this, the company’s online platform has a limitation for certain actions, such as the number of login attempts.

Coinbase’s insurance policy would take care of all of the cryptocurrency stored in the platform online. Therefore, in the event of a cyber invasion that leads to the loss of customer funds, the company would be forced to reimburse the respective customers through its insurance scheme.

This insurance policy would protect against all cyber intrusions and thefts that could arise from cyber attacks, with the only exception being when individual accounts have been attacked.

As mentioned previously, Coinbase falls under the oversight of the American financial regulatory system. As a result, the firm is forced to conform to the laws and regulatory standards set by the US jurisdiction it operates in. It has the necessary license for money transmission within the country and is also registered as a money services business with FinCEN.

The corporation has, of late, been tapping into its security mechanisms for additional business revenues as well. The company has been offering custody services for many players in the business. This comes along with an initial fee of nearly 100,000 USD, along with a minimum holding value of nearly ten million dollars. The service appears to be directed towards major banks and financial entities.

How can you protect yourself when utilizing Coinbase?

In order to elevate your own personal safety when trading through Coinbase, you would need to anchor yourself to the platform’s protocols. Be sure to keep your password and login credentials safely guarded, as well as the authentication codes.

Meanwhile, a user could look to boost their security standards through the usage of a complex and hard to crack the password. Apart from weaving a solid password, you should also consider regularly changing your password every few weeks for improved safety.

When storing cryptocurrencies, you could seek to bolster the security surrounding his currency by only using hardware wallets and not online storage systems that are vulnerable to cyber threats.

All in all, when it comes to the realm of crypto trading, most would agree that there is always going to be a degree of risk involved. However, attaching oneself to a larger and much more reputed brand can help weather the risks with sufficient ease.

Coinbase has established itself as a leading platform in the trading business, and it has invested large volumes of money building a sufficiently strong safety protocol. Thus, despite the risks involved, the trading platform is a reasonably trustworthy name in the market.

Has Coinbase been hacked?

In early 2019, Coinbase had suffered a network intrusion when an individual had somehow seized a large share of its computing power, thereby redrawing the transaction history. However, Coinbase claimed that no cryptocurrency had been stolen from any of is account in this attack. Unlike most other leading exchanges, Coinbase has seen no major attack apart from this.

Where is Coinbase legal?

Is it safe to give your personal data to Coinbase for it to verify?

As earlier mentioned, most digital currency exchanges have weathered cyber breaches and attacks, and Coinbase is no exception. However, the corporation has implanted a set of stringent security measures to stave off personal identity theft. In either case, if one wants to open an account with most exchanges, submitting one’s personal data would be required.

Coinbase is asking for my bank login. Is it secure?

From what we’ve gathered, yes, it is. The security measures posted on the exchange’s website ensure a level of safety and prevent mistreatment of one’s bank information. Using a two-way authentication is always an added security measure with this regard.

Do we need a Social Security Number to have a Bitcoin account?

No. Although some personal data would be required in this regard, the Social security number is not one of them.

How safe is uploading your driver’s license for account verification on Coinbase?

Most reviews online indicate a level of safety in this respect. However, it is never too safe to leave one’s personal information on exchanges that, as we’ve mentioned, have been subjected to hacks. Thus, it would always be safer to avoid this if possible.