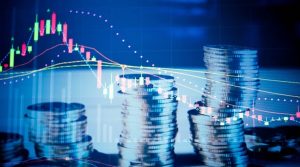 Leading market analyst and Adaptive Fund partner, Willy Woo, in a recent analysis has compared Altcoins to radioactive substances alleging that they have limited and measurable life. He also said if plotted on a graph, the curve is nothing but a straight line. Furthermore, when an investor’s perspective is considered, altcoins can be divided into two broad categories namely – Oscillators and Degenerators.

Only A Few Oscillators Among 1000’s of Altcoins

One of the prominent signs that an altcoin is an oscillator is that it keeps up with BTCUSD gains. This implies that it must oscillate for at least a bull-bear cycle, which is approximately a period of 4 years.

First, Woo in an attempt to exemplify what is an oscillator used the example of DOGE coin and said that it had not done much on the developmental front for quite a lot of years. However, he later classified it as an oscillator. He then explained that DOGE derived its store of value from the Lindy effect. The latter suggests that the mortality rate decreases with time. In order, to establish the Lindy Effect, greater liquidity and longevity are needed.

As a matter of fact. DOGE coin is listed on most of the exchanges, is supported by most wallets and has ample liquidity.

He then took a sarcastic dig on the thought train that innovation and technology is needed to make your coin valued. Clarifying his point of view, he said that they are monetary instruments and build on their value with economic network effects.

In another interesting example, he took the case of DCRBTC (Decred-Bitcoin) and said it is on the verge of completing its very first bull-bear cycle. The only precursor is that it needs to maintain its relation with Bitcoin price and hold its horizontal oscillation against Bitcoin. Then only can it be surmised that it is achieving SoV properties.

Do oscillators have a breakdown in their properties? Well. Yes. Woo mentioned that in to enjoy liquidity, alts must maintain their relation with Bitcoin. Furthermore, an oscillator can always break down. Owing to the Lindy effect, it strengthens its properties and gains value. Thus, it continues to maintain the status of an oscillator for a longer period of time.

A Twitter user Chris, questioned Woo that does that mean stable coins, including Tether, and fiat currencies are all degenerators? Woo replied that his assertion was indeed correct.

Be Wary of Coins Younger Than One Full Cycle- Willy Woo

Lastly, Woo gave his two cents on how to play with altcoins if anyone does have an interest in them. Firstly, it is extremely important to differentiate between an oscillator and a degenerator. Secondly, the entry and exit should be scrupulously planned, the exit should be done to hoard more Bitcoins. Thirdly, he advised that never ever HODL a degenerator and lastly be wary of coins who are yet to complete one full cycle.

Interestingly, this is not the first time Willy Woo has expressed his honest opinions on the state of altcoins. Back in August, in another analysis, he mocked altcoins and said that they lack utility valuation and owe their presence to people staking their assets in them. Woo then traced back to the 2017 shitcoin boom and mentioned how altcoins lost 90-99% of their satoshi value.

With that being said, will traders do their fair share of categorization before investing in altcoins? Let us know, what you think in the comments below!