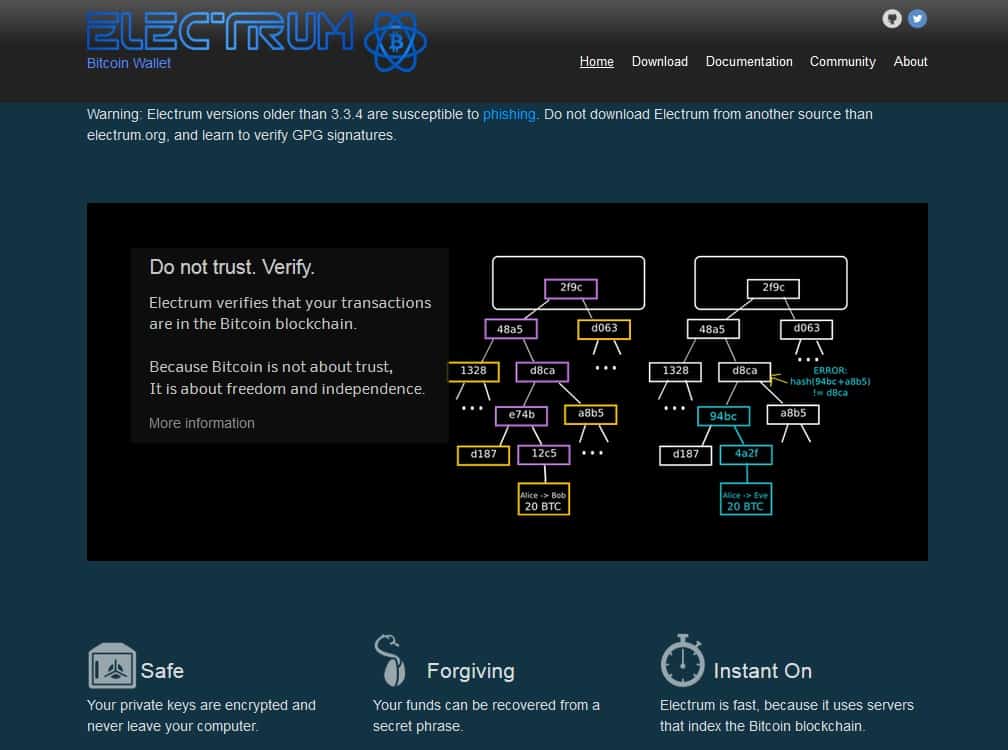 Electrum is a veteran in the Bitcoin wallets realm. Launched in 2011, it is often referred to as the best Bitcoin wallet due to its marvelous track record. Currently, an approximate 10 percent of all Bitcoin transactions are conducted through Electrum.

Over the years, developers have added new features while staying true to the Bitcoin’s decentralized roots. Despite 900 cryptocurrencies in circulation, Electrum focuses solely on Bitcoin, and that’s what makes it one of the most trusted Bitcoin wallets today. Few Bitcoin wallets can boast of a glorious legacy like Electrum, but the competition is getting stiff. So, let’s check out if Electrum is still the ‘King of Bitcoin Wallets.’

In this guide, we will explore all the pros, cons, features, and details about the Electrum wallet. Let’s jump in!

What you’ll learn in this Electrum wallet review:

Overview of the Electrum Wallet

Thomas Voegtlin launched Electrum in November 2011, and it quickly became the ‘De Facto’ wallet of choice for many Bitcoin owners. A dearth of wallets led to its success, and since then, it has been constantly updated by the developers. Being open-source, it is highly responsive to community inputs, and most new features are popular user-specific demands. Electrum is only available as a desktop utility and can’t be used on mobiles/tablets.

Electrum’s USP is its special focus on Bitcoin, high security, and privacy features. It is a ‘lite wallet’ and does away with blockchain downloads, thereby avoiding setup delays. Private keys remain safe on your computer and are always encrypted. A ‘seed phrase’ helps you recover your wallet in case of an emergency. Users can access it in ‘watch-only’ mode and securely keep their private keys offline. 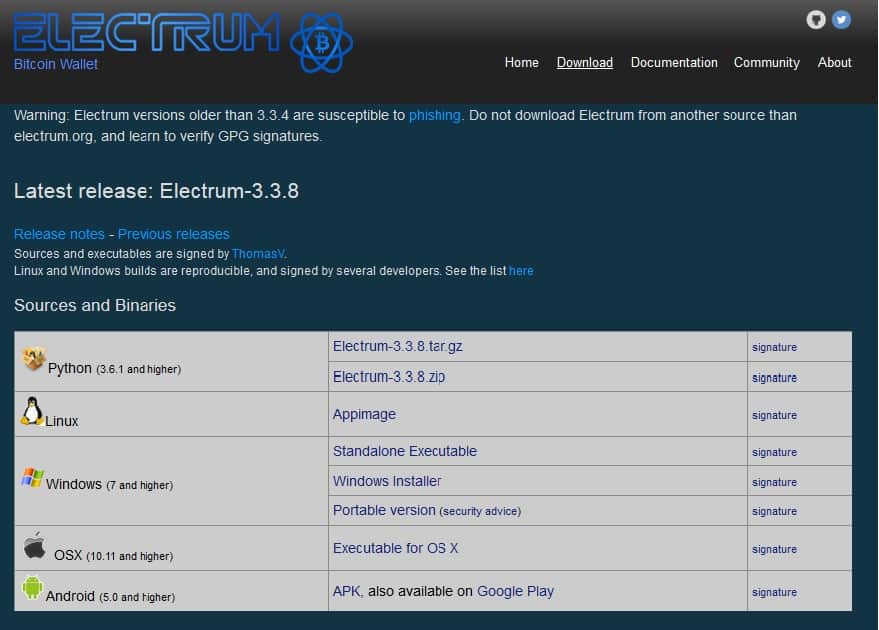 Visit the official Electrum website and download the Electrum wallet for desktop. It is compatible with Windows, Mac, or Linux. 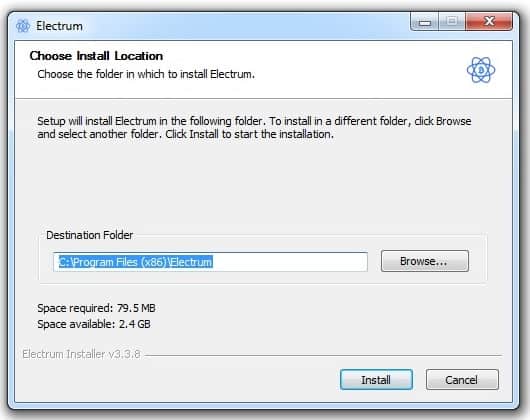 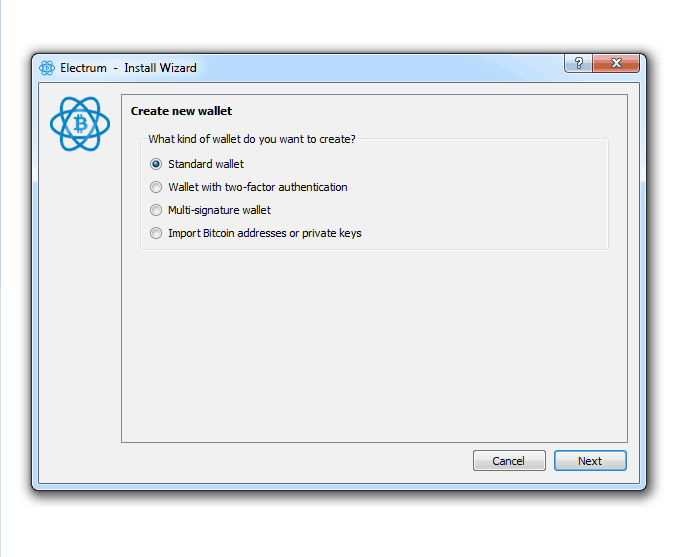 Next, you will be prompted for a ‘seed phrase.’ Write the seed phrase and secure it safely for any emergency recovery later. At this step, you can restore your lost wallet using a previously stored ‘seed phrase’ too. The next step requires you to verify the seed.

Once done with the seed phase of the installation, you will now be prompted to set up a password. Take due care while setting the password and ensure you choose a strong one. Once the password is set, your electrum wallet is ready to use.

The graphical user interface of the wallet is pretty straight forward. The navigation is simple yet intuitive. Most functions are available clearly on the screen with minimal search efforts. Some may think it is minimalistic and flashy – but isn’t that the case with every wallet.

The wallet handles most functions with aplomb, especially the universal send-receive functionality. Features such as private messaging, invoices, transaction history, and contacts list also perform optimally well. Overall, it is a smooth, time-tested layout that has worked for years. You can quickly buy a Bitcoin and move it to storage within minutes.

Advance security features make it the most secure wallet around. Firstly, the encrypted wallet file that stores the private keys of the user’s Bitcoin is password protected. Backup ‘seed phrase’ ensures that your keys are always safe regardless of the operating hardware. Since it does away with script downloads, there are zero chances of a hack.

Being decentralized it can run on any server, thus preventing a single point of failure. Electrum is written in Python, which is well-supported by the community. Despite all the security, bugs have been reported in Electrum, the recent being in 2018. However, it was fixed by the Electrum developers in no time. Though, it is still substantially less vulnerable to security flaws compared to web wallets. If you have just downloaded Electrum, make sure you update it with the latest security patch.

User privacy is something Electrum takes to the heart. Not only do the users remain completely anonymous, but their private keys also remain fully safe during a transaction. Users are not required to submit any identity information during download, installation, or setup phase. The private keys of the user remain solely on the computer and are not uploaded on Bitcoin or Electrum servers.

Electrum has ‘Tor Browser’ support, thereby adding another layer of security by hiding the user’s IP addresses from external third parties. Since no blockchain scripts are downloaded during transactions, there’s no point in hacking Electrum. However, blockchain can be investigated to track the user and discover his identity. Despite insignificant flaws, Electrum performs exceedingly well in wallet functions. 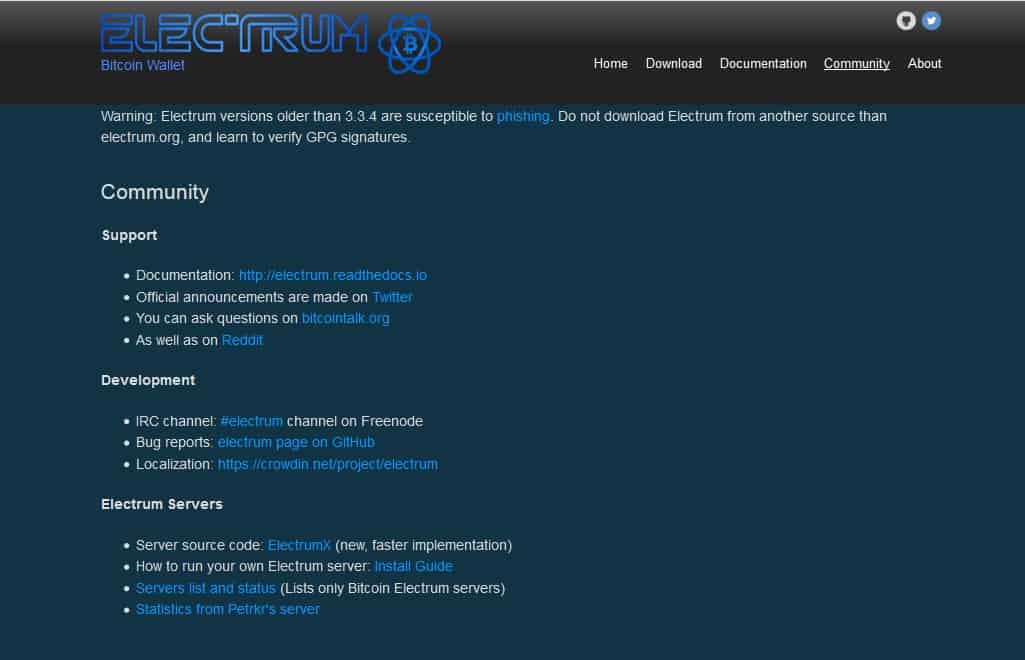 Reputation is an aspect of Electrum that was never in doubt. Despite the 2018 hacking hiccup, the crypto community still heaps praises on the Electrum wallet. Over the years, it has built a reputation for safety, privacy, and feature-rich options. No wonder veteran enthusiasts prefer it over other latest wallets.

Electrum leads the pack in software wallets too since it supports third-party hardware wallets as well. The team has constantly added new features, improved the user interface, and provided security patches. There’s a reason why ten percent of all Bitcoin transactions go through Electrum. That is a huge figure and represents the trust the community places in Electrum!

Overall, Electrum has won the trust battle by focusing on Bitcoin transactions. Despite the minor failures, the community has stood behind the Electrum team and helped it rank amongst the top Bitcoin wallets in 2019.

If you have any questions about user-interface, operations, or functions, the chances are that the official page already has solutions waiting for you.

Overall, the Electrum wallet still remains an excellent Bitcoin wallet offering users a ton of features, security, and functionality in a simple-to-use package. Its combination of security and convenience has built a cult following in the crypto community. The simple user-interface plus various interesting features make it a hit among the veterans.

All in all, the Electrum wallet delivers excellent performance in a market saturated with Bitcoin wallets.

How do I add currency to my Electrum wallet?

How do I send or receive payments with Electrum?

How secure is the seed?

Electrum seed phrase is backed by an entropy of 132 bits meaning it’s as safe as a 256 bits Bitcoin private key. Users can expect enterprise grade security with Electrum