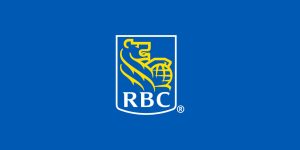 Canada’s largest bank, The Royal Bank of Canada having over $965 billion in total assets could soon launch a crypto trading platform.

As per reports, by leading media, The Logic, RBC has applied for four patents in Canada and the US – a hint enough to decude that the bank might integrate cryptos into its operations. When questioned RBC spokesperson Jean Francois Thibault told  The Logic that similar to other organizations, patent applications, and concepts are protected and declined to comment on the platform launch.

The report further mentions that the bank could offer its customers cryptocurrency accounts. As a matter of fact, RBC has published a minimum of 27-blockchain-related patents in the past three years. These include credit scores, vehicle records, digital rewards and loan offerings.

A study by Bank of Canada in early October revealed that 5% of Canadians own bitcoin. Furthermore, the nation has been well-positioned in attracting mining businesses due to its colder climate and low energy costs. Not only is the national interest in cryptocurrencies rising, a survey by Deloitte in 2018 revealed that fifty-one percent of Canadian companies were investing in blockchain.

Will Royal Bank of Canada roll out its own crypto exchange? Let us know, what you think in the comments below!