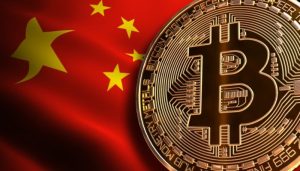 The most prominent and influential state-run news agency in China, Xinhua (â€˜New Chinaâ€™), just published an article on Bitcoin and blockchain.

The title of the article, Bitcoin: The First Successful Application of Blockchain, looks positive. However, when one goes through the material, it leaves a bitter after taste.

The news article recognized Bitcoinâ€™s characteristics features and its resilience over the past ten years.Â Â Mattew Graham, the CEO of Sino Global Capital, tweeted and translated the article for the western media.Â It explains â€˜How it Works,â€™ which elaborates to explain mining and limited supply.

However, on its utility, it still seems stuck in the past. The news article says that the anonymity and decentralization of Bitcoin make it favorable to criminals. It said,

Currently, the most important uses of Bitcoin payments are black market transactions and â€˜darknetâ€™ transactions.

Moreover, it also raises the â€˜exessive energy consumptionâ€™ argument of Bitcoin mining. The article notes that â€œproduction and mining consumes a lot of energy.â€

Furthermore, a rudimentary analysis of the top 10 mining pools also raises questions on its decentralization. According to them, the barriers to entry in mining are increasing as the difference increases. The article cites,

Last but not least, on the intrinsic value of Bitcoin, it said that â€˜Bitcoin is just a bunch of dataâ€™ and â€˜it is difficult to ensure the stability of its price.â€™

According to them, over the past 100 years, people have moved away from gold and silver because a legal currency is far more stable.Â Since the state currency is â€˜backed by national sovereign credit,â€™ it cannot depreciate sharply or exhibit unhealthy volatility.

Hence, while it recognized Bitcoin as a successful application of Blockchain, it seems to be endorsing its digital currency. The Chinese digital currency on a blockchain would likely offer the same features of Bitcoin as an exchange medium along with the security of the state. Also, the claims seem to be based on the pre-2017 era of Bitcoin.

In a choice of accepting or competing with Bitcoin, the Chinese seem to be moving to compete with it from being unable to restrain it.

Do you think that the above is an apt depiction of Bitcoin, what else would you add? Please share your views with us.Â