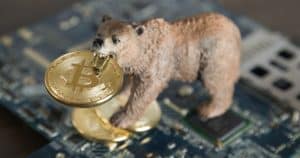 Bitcoin, the pioneer cryptocurrency is currently experiencing a wild battle on the market as bears retake control despite the volumes traded reaching lows experienced at the start of October. Since the China spike caused by Xi’s speech on embracing blockchain, the price of BTC has dropped gradually across the past week. BTC/USD trades at $8686.50, as at time of writing.

Looking at the daily candle charts, a death cross formed on the price of the BTC/USD spelling doom for bitcoin bulls in the current market. The price bounced off the resistance level on the bearish channel formation at $9644 on Nov. 4, triggering a bearish trend in the market. 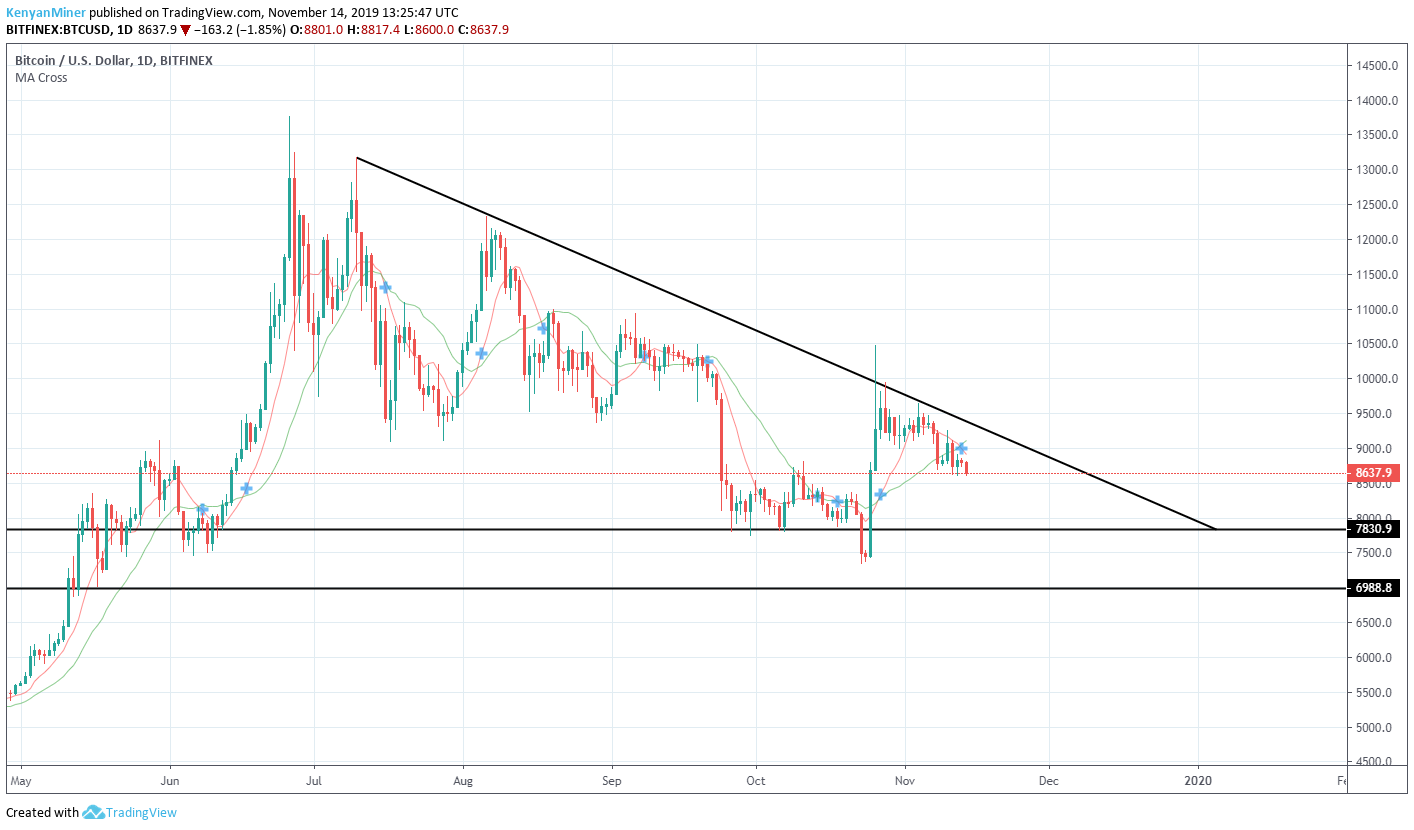 A close below support/resistance level at $8780 signals a possible reversal towards support levels at $8,350, $8,100 and $7,830. The current sustained downward trend since reaching yearly highs in July at $13,700 is set to continue as the money flowing out of the projects increases doubts on bulls.

Not looking good for bulls.

A dump is close IMO.

MAs still not ready for a sustainable pump.

While the price of BTC keeps finding lower support levels, one buyer seemed to test the order book limits on BitMEX exchange. The trade captured by tweep, @JEO8632, shows a possible $42 million buy trade was placed in the order book but was not filled. The test by the trader shows BitMEX liquidity depth on BTC pairs.

The Relative Strength Index is oscillating in a free-fall channel despite being firmly in the middle band. The exhaustion of bulls strength in the market is clear signal for a bearish reversal to end the Xi pump and clear the gains completely. 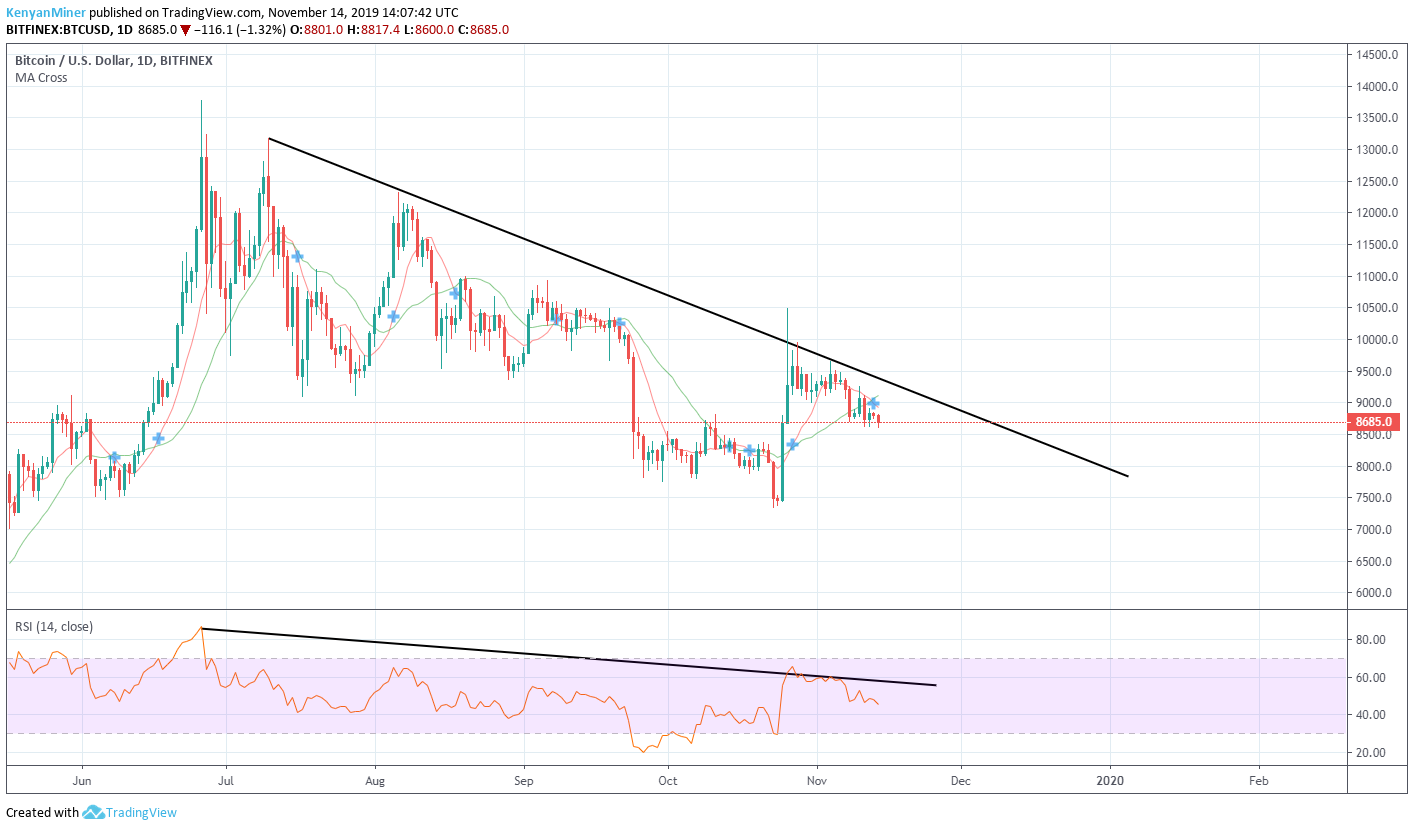 As mentioned above, a close below $8700 is dangerous for BTC’s price as it ignites sellers pressure to overpower which may lead to a massive selloff to plummet the price towards the $8,400 regions, our crypto analyst, John Isige wrote.