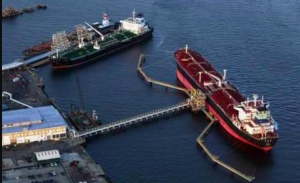 In a recent development, U.S. Customs and Border Protection, a federal agency of the Department of Homeland Security will now be tracking oil and natural gas imports from Canada with blockchain technology.

For the same, the department’s research and development unit, the Science and Technology Directorate has allocated funds worth $182,700 to Canadian blockchain firm Mavennet Systems. The latter will build a “blockchain-as-a-service” platform. Subsequently, it will enable the Customs agency to audit natural gas trading markets and oil in “real-time”.

From the Technical Director’s Desk

“Mavennet’s platform could provide this digital auditability while ensuring broad interoperability by supporting emerging World Wide Web Consortium standards such as decentralized identifiers and verifiable credentials. Accurately tracking the evidence of oil flow through pipelines and refinement between the U.S. and Canada and attributing oil imports with the accurate composition and country of origin are of great interest to U.S. Customs and Border Protection.

As a matter of fact, Canada is the 4th largest producer of oil in the world. Also, the U.S. imported a whopping 3.5 million barrels of crude oil per day from Canada in 2018. Interestingly, this is not the first time the Department of Homeland Security is exploring blockchain. In 2015, the department’s silicon valley innovation program was launched. The program then offered rewards worth $800,000 to tech startups for developing homeland security cases.

In October, the Chinese government had also revealed plans to use blockchain in numerous aspects of cross-border trade in Hangzhou. The area known for manufacturing and e-commerce has seen the positive effects of digital transformation. As a matter of fact, Hangzhou’s import clearance times have been reduced from an average of 191 hours to 27 hours.

Will other nations soon follow the same suit? Let us know, what you think in the comments below!