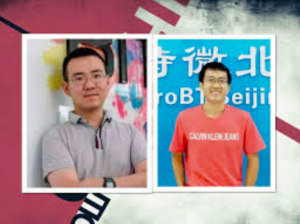 Per a recent update, the Chinese Police have arrested Yang Zipping, ex-employee of Bitmain and CEO of its arch-rival MicroBT, maker of WhatsMiner Bitcoin miners.

Sources further reveal that Yang has been taken into custody over issues involving the intellectual property rights of Bitmain. Interestingly, he was one of the engineers responsible for designing Bitmain’s leading miners. He left Bitmain after he being denied an equity stake by Bitmain co-founders Jihan Wu and Micree Zhan. Post leaving Bitmain, Yang built MicroBT and was sued by Bitmain over patent rights. Later on, a Chinese court revoked Bitmain’s patent citing that circuit designs were widely used.

It is likely that Yang’s arrest might again re-open the Bitmain-MicroBT case. Initially, Bitmain had demanded a sum of 26 Billion Yuan from the latter. However, it reduced the claim to $380,000. Earlier this year, Bitmain sued another three former employees who started mining pool “Poolin”.The firm sought $4 million in damages from the latter.

The list of controversies doesn’t end here for Bitmain. It is also going through a rough phase with Micree Zhan, who was abruptly fired from the firm previous week. Zhan in another statement alleged that he is going to take legal action against the firm.

He said that he was removed from the company without his consent while he was on a “business trip.”

“I have never thought that as a person focusing on technology and product, I have to start thinking from legal perspectives. It was embarrassing that as a Bitmain co-founder, the biggest shareholder, and a registered legal representative, I got ousted without any knowledge in this coup while on a business trip,”

While the issues continue to remain unsettled, it will be interesting to note what turn the case takes. Let us know what you think in the comments below!