The king of cryptocurrency Bitcoin BTC is taking a deep slumber once again, while the Bitcoin price is now touching $8000 mark.

The last high was seen at the $8600 mark on the 17th of November; however, the crash didn’t come until the next day. Bitcoin has been unable to recover since the first drop below the $8200 mark. 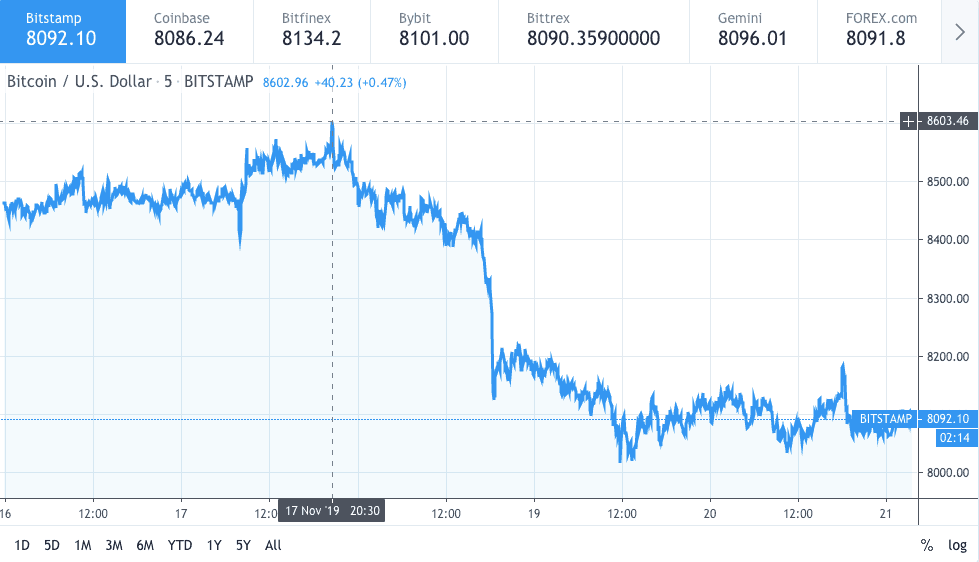 BTC price took a jump earlier today and went as high up as $8173, but the support levels failed, and the price crashed down to $8300.

Bitcoin price movement: What to expect?

On the other hand, Bitcoin is continuously falling down, marking a short-crypto winter in the months previously believed to be the highest yielding months for the king and the market as a whole.

Yesterday, the upper border of the corridor was pushed by the bears as an attempt to test the support level at $7960.

The RSI on the mid-term chart displays the oversold conditions. So, we can assume that BTC would likely jump to $8400 mark right before falling any further. This event of bouncing back could take place this week.

However, if the falling wedge pattern doesn’t complete in a breakout, the price can drop down to $7300 level before rising up.

Institutional investors, Bitcoin whales, and political movements may also affect the price boom and help Bitcoin price reclaim the June 2019 level in the month to come.