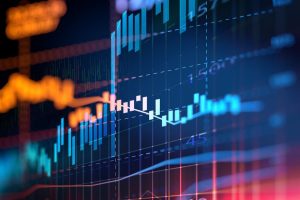 Bitcoin is back in the red rough waters and this time the sea seems to be going deep. The headwinds towards $9,000 became overwhelming for the bulls who threw in the towel short of $8,800.

The 4-hour chart for BTC/USD displays a deplorable technical picture for the largest cryptocurrency in the world. The Relative Strength Index (RSI) is grinding much closer to the oversold region (30 and below). The indicator has been forming a higher low pattern since the previous rally above $10,500 on October 19. There have been attempts made for recovery, however, the winners of the tug of war have remained to be the sellers.

Consequently, the price is still trading beneath the Moving Averages. To make matters worse, the 50 MA is moving further below the longer-term 100 MA. If the gap keeps widening, the bears will continue to gain confidence and a slide to $8,000 and into the $7,000’s range would be potentially possible.

In addition to that, the drop below the symmetrical triangle pattern further spells doom for Bitcoin. If a reversal fails to come by in the sessions below the weekend, the idea of waking up to Bitcoin at $7,200 is not too far-fetched.

According to Mike McGlone, Blooberg’s analyst, BTC is showing the same characteristics it did during 2018’s downtrend. He says: It’s in no hurry to take out the old highs — there’s a hangover of residual selling from the parabolic rally in 2017. There’s just a lot of people who bought it, got way too overextended, who will be responsive sellers.”