One of the most asked Bitcoin basics questions that many investors face is What would happen when all Bitcoins are mined by 2140?

Bitcoin miners are in the game not only because they believe in a free and fair system but also because it can pay their bills, hence the question arises from that very need. Well, if you aren’t already aware of how a Bitcoin transaction works and how miners are rewarded, take a peek at the infographic below. 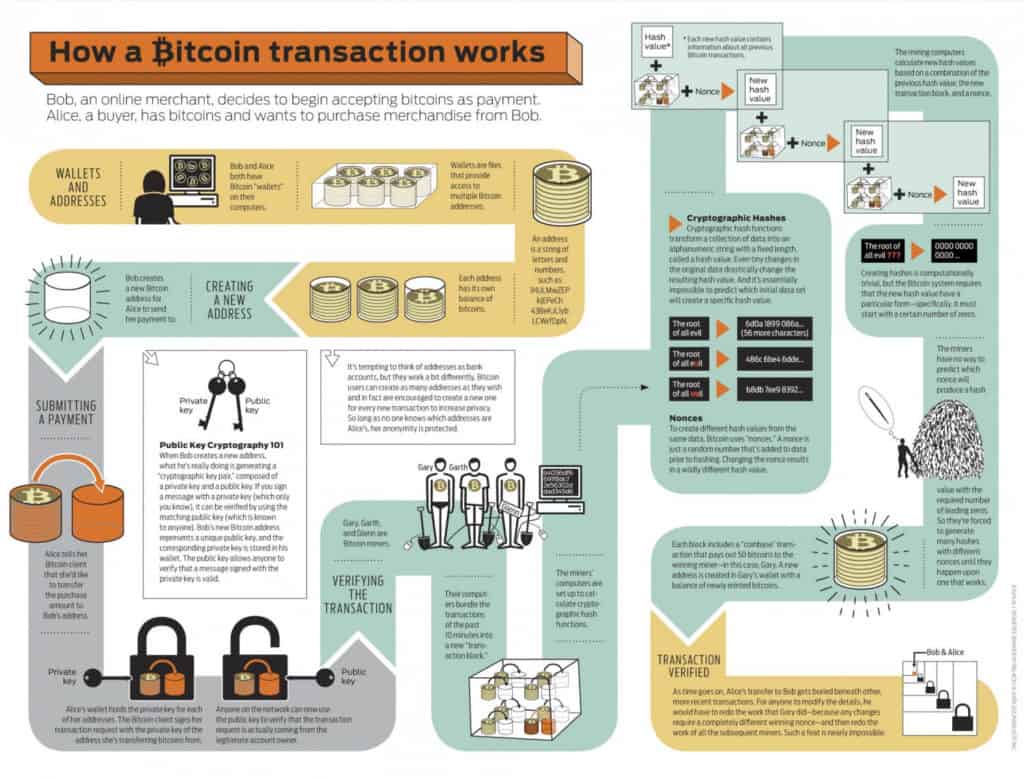 As a cardinal rule, Bitcoin mining rewards are cut short by half at every halving event, and the next halving event is expected to happen in April 2019 given the current hash rate.

Since the rate is diminished every four years, the last mining reward will be infinitesimal. Right before the year 2140, the infinitesimal value would probably become of a monetary value of that period in time.

What would happen when all Bitcoins are mined?

To answer the question as to what would happen when all Bitcoins are mined we turned to a researcher for answers.

Devon Buy, an honours degree holder in Mechanical Engineering and Cryptocurrencies from the University of Leeds explains that once 21 million Bitcoins have been released into circulation, there won’t be any reward except for the transfer fee for transactions on a block that is obtained at each mined block. However, it would now be the transfer fee to use the network and miners would get a partial share for running the blocks and the network.

Bitcoin might be more relevant by then or presumably, be the currency of that time. At the said time, the transfer fee reward might approximately be a millionth fraction of one BTC. However to look at things in a larger perspective to answer what would happen when all Bitcoins are mined, let’s took at the situation. Even this fraction of Bitcoin will be enough to validate Bitcoin transactions because

Today, the general mining fees stands at 12.5 Bitcoins; this is known as the third reward era. According to this relation, the mining reward is greater than the transfer fee reward. This is a capitalistic notion to get miners to set up bitcoin mining around the globe.

It is estimated that around the 17th reward era from block number 3360000 and onwards, the rewards may shift; i.e. the transfer rewards may be a one on one ratio with the mining rewards.

Given the current state of affairs, there are more factors also affecting the definite answer to what would happen when all Bitcoins are mined?

It is hard to estimate would be the exact Bitcoin price value in the year 2140, however, it is only likely to be very high given that Bitcoin would be a rare asset.

Another problem that can increase the price would be the locked away Bitcoins that can never be recovered, and with each passing day, the number is also increasing.

To put the argument to rest when it comes to answering the question of what would happen when all Bitcoins are mined, we have a positive side and a vague side.

The positive side is that it would be fair to say that miners would still be compensated through the transaction fee.

The vague side, however, what exactly the fee would be and the monetary value of the transaction fee at the time is an estimate not really possible at the time of writing.