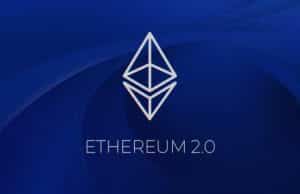 The Ethereum Foundation co-founder, Vitalik Buterin has unveiled some facts about Ethereum’s forthcoming 2.0 release and has also weighed in on what the future of Ethereum looks like.

At the Devcon V event in Osaka, Japan, the biggest blockchain development event around the world, well-known Ethereum co-founder, Vitalik Buterin took the advantage to announce the work underway at the Ethereum Foundation focused at launching the much-awaited “Ethereum 2.0.” Although, at the moment, no exact date of launch was stated by either Buterin or any other member of the Ethereum Foundation present at the event, many are speculating that the much anticipated 2.0 launch might come in 2020.

According to Hudson Jameson, pioneering community manager at the Ethereum Foundation, the 2.0 launch, as is the custom of the Foundation does not have a specific launch date. However, he believes the supposed scalable version “Ethereum 2.0” will eventually come to play.

For as long as I’ve been here, I’ve seen us come together… The transition with the ethereum DApps, and all the network today, how they are going to transition into 2.0 is getting more and more clear but just the organizations around it, and the thousands of tokens and Dapps moving into an upgraded blockchain is getting exciting…

Hudson further gave insights about to what the major difficulties they have been facing was and why it is not feasible to peg the launch to any particular time in the future. According to him,

Because we are so distributed, we have to continually come to terms. It’s not like a dictatorship or something… We have to take signals from the community and from those signals make some kind decision.

The event featured many Ethereum foundation developers and Ethereum-based project personalities discussing their respective expectations with respect to the anticipated 2.0 launch. According to Paul Brody of Global Blockchain leader, EY

What do you think about Ethereum 2.0? Will it live up to the community’s expectations? Will it contribute to the development of more efficient DApps? Share your views with us in the comments below!