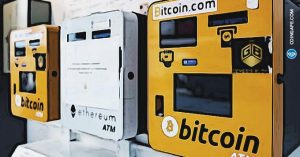 Miami International Airport (MIA) was reported to have welcomed its first bitcoin Automated Teller Machine (ATM). The announcement was made by Bitstop, which is a Miami-based bitcoin technology software company.

PR Global Newswire reported earlier this year that Bitstop was working earnestly to install several bitcoin ATMs at strategic destinations across the United States. The installation of a bitcoin ATM at the Miami International Airport will aid in easier exchange of cash into bitcoin for travelers. The airport has the Bitcoin ATM installed at the central hall G next to Gate 16.

At the moment, Bitstop has installed 130 bitcoin ATMs across the United States and has a short term vision of installing about 500 bitcoin ATMs worldwide before 2021.

As per statistics on Coin ATM Radar, the United States presently houses more than 3700 bitcoin ATMs of the total 5,756 located in 75 countries across 5 continents.

Recently, Coingape reported a rising demand in bitcoins ATMs. Since then, the number of global bitcoins ATMs installation has increased steadily, bringing the figure to 5756. The report stipulated that an average of 6 bitcoin ATMs are being installed on a daily basis. According to the report,

Bitstop’s product is a Bitcoin-focused Automated Teller Machine that provides the services of exchanging cash into bitcoins across the United States. It requires users to register with an ID document or a mobile device for verification. Users, after completing the required verification will scan QR codes for deposits to be made.

It takes only about 3 secs for bitcoin to be bought with Bitstop ATMs, however, the downside of the affair is a 13.5% charge on using such machines. This is significantly higher than the transaction fees charged on bitcoin exchanges. Also, the high transaction fees are a norm across major ATMs which makes them a less favorable option for buying bitcoin.