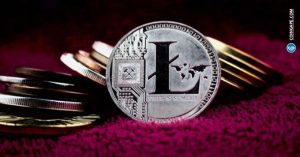 Leading derivatives trader and crypto analyst Tone Vays, in a recent tweet, alleged that cryptocurrency Litecoin[LTC] is a scam. He took a sarcastic dig at Litecoin supporters and posted a screenshot dated back to 2013, explaining why Litecoin is a scam.

Litecoin Brings “Nothing New to The Table”

Tone Vays’ posted explanation brings bad light to Litecoin, mentioning that Litecoin, unlike Bitcoin, doesn’t bring anything new to the table. The post mentions that Bitcoin is a technological innovation, whereas other altcoins like Litecoin are mere clones that retain the “pump and dump nature” of Bitcoin.

Furthermore, the post talks about the change in Litecoin mining protocol- a shift from SHA256d to scrypt. The latter is far more prone to attacks than the former and performs poorly on the consumer hardware. Secondly, the faster target block time was considered an issue as faster blocks bloat the blockchain more.

Interestingly, Charlie Lee, founder of the Litecoin Foundation responded and said that all such assumptions are based on the fact that Litecoin is not a viable currency. Furthermore, transactions worth $500B have been carried out on the platform in the past 8 years. He then went on to give an interesting analogy – if someone drank Pepsi and thought that Coke was inferior to Pepsi it didn’t make Pepsi a scam. His implication was that even if people thought that Bitcoin was superior to Litecoin, Litecoin is not a scam.

This comment led to a tweetstorm and garnered interesting responses from crypto twitter. A twitter user with handle “Jack of Hearts” said that comparing the transaction volume didn’t make any sense. However, he was convinced of the Coke- Pepsi analogy.

Another user with twitter handle “BrainDeadXrpFan” said that he thought Vays was a scam. He further alleged that the latter mislead people into “not” buying anything while his own motive is to multiply his investments.

Twitter user Tanzeem said that Vays is a scammer as he charges 0.3BTC/ hour and still expects Bitcoin to go under $3000.

Another crypto user alleged that Lee sold his project for fiat thus defeating the very purpose of Bitcoin. Lee in a sarcastic tweet then answered that it was his money and the decisions regarding it are solely his.

Do you think that Litecoin has made valuable contributions to the cryptosphere? Share your opinion with us in the comments below!

The post Tone Vays Calls Litecoin[LTC] A Scam; Litecoin Creator Defends it With a Coke-Pepsi Analogy appeared first on Coingape.