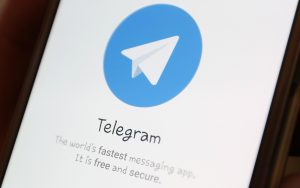 Per Telegram’s plan of action, it had promised the delivery of Gram tokens to initial purchasers by October 31, 2019.  SEC has alleged that the former failed to register the sale and offering of Grams. The reason given for not registering was states as the tokens are securities.

Telegram, a cloud messaging service with over 200 million users had announced its Telegram Blockchain Network (TON) in early 2018. It conducted the sale of its’ cryptocurrency – Gram through a private ICO in February and March 2018.

The SAFT (Simple Agreement for Future Tokens) sale, which was only sold to accredited investors. The deal brought in about $1.7 billion. Gram tokens were sold at a price of around $1.33 and $0.67 initially in the private ICO.

Reportedly, in August reports for a Gram token’s secondary black market started surfacing. There were many over-the-counter (OTC) desks, sales on small cryptocurrency exchanges, and at least one investment fund which were allegedly selling those tokens in the market.

Coinbase announced a couple of days ago that it’s adding Grams to their custody offering. Today, the SEC announced Grams are securities. How could the Crypto Rating Council not prevent this?

A few days back Coinbase announced adding Grams to its custody offering.  Interestingly, the SEC announced today that Grams are securities and the crypto rating council could not do anything to prevent this.

From the Co- Director’s Desk

“Our emergency action today is intended to prevent Telegram from flooding the U.S. markets with digital tokens that we allege were unlawfully sold. “We allege that the defendants have failed to provide investors with information regarding Grams and Telegram’s business operations, financial condition, risk factors, and management that the securities laws require.

said Stephanie Avakian, Co-Director of the SEC’s Division of Enforcement.

“We have repeatedly stated that issuers cannot avoid the federal securities laws just by labeling their product a cryptocurrency or a digital token. Telegram seeks to obtain the benefits of a public offering without complying with the long-established disclosure responsibilities designed to protect the investing public.”

Was the Whole Idea of ICO Farce?

TON was expected to go live by the end of Q3 of 2019. The only positive development around it was the Testnet launch earlier this year.

Francis Pouliot, a leading Entrepreneur in the space and Founder of BullBitcoin noted,

Where are the 1.7 billion dollars of the Telegram ICO? Afaik all they have to show for their 1,700,000,000$ of financing is this and as far as I can tell nobody seems to give a shit

Moreover, the ton.org site has not been developed as well. Pouliot also accused the issuers and investors of the token of scheming “shady public financing schemes” to launder money and dupe investors.

What will be SEC’s new verdict? Let us know, what you think in the comments below?