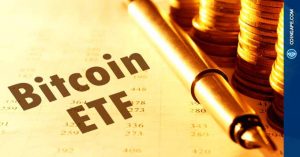 The Securities and Exchange Commission has rejected Bitwise’s ETF proposal citing fake volume at cryptocurrency exchanges. This move marks the end of any possible debut of a Bitcoin ETF at any exchange in  2019.

The SEC has refused several applications over the years. Subsequently, Bitwise has presented an extensive research piece and made presentations to the SEC staff to convince them of the requirement of an ETF in the crypto market. In its filing, the former presented its case that the spot prices were derived from the ‘real’ Bitcoin market which consisted of 10 cryptocurrency exchanges. They further alleged that these markets were resistant to manipulation. However, per the federal agency’s mandate, the filing stands rejected and it remains unconvinced.

Furthermore, the research alleged that all the other Exchanges were reporting fake ‘non-economic’ data to gain ranking on CoinMarketCap. This attracts more customers, and the management charges hefty fees for listing as well. Nevertheless, ‘wash trading’ is non-economic; i.e., it does not affect the price of the asset.

The SEC rebutted Bitwise’s claims and said that the fact that the real “Bitcoin” market is free from manipulation remains contested. Furthermore, any cases of efficient price between crypto exchanges do not automatically eliminate the need for surveillance.

“There is no evidence in the record that arbitrage in the bitcoin market is of such unique effectiveness that it would essentially insulate the proposed ETP from attempts at manipulation in a way beyond that of existing derivative securities products that trade on highly regulated markets,”

The Exchanges include Bitstamp, Coinbase, itBit, and Kraken. Moreover, it went to establish a global relevance of the price on Exchanges and regulated markets outside the US. Amun AG is a Swiss-based firm that has released four crypto-based Exchange Traded Product on SIX Exchange.

Interestingly, several industry players have made laudable efforts to form regulatory associations. However, the practice remains largely restricted due to a limited number of participants. One of them is the Virtual Commodity Association from the Winklevoss-brothers backed by Gemini Exchange.

ETF industry has a Long Road to Travel

Previously, the team at Bitwise Asset Management suggested that the biggest misconception that the industry today is encountering while discussing the outlook for a crypto ETF is the belief that the SEC is fundamentally anti-crypto. The major reason for such a view for SEC comes from the fact that the regulator has had multiple delays in approving the first Bitcoin ETF. But if one looks at the history the every “first” in the ETF industry had to wait for multiple years before crossing the line.

Bitwise, on the other hand, takes the rejection in a sporting manner considering this is a productive step in the journey toward a regulated crypto ETP.

Though “disapprove” doesn’t seem positive, this is a productive step in the journey toward a regulated crypto ETP. https://t.co/fu3KWJYhI5

Interestingly, the Bitcoin price hasn’t been affected by this decision. Since the verdict that price remains unperturbed.

Will 2020 see crypto regulated ETF? Let us know, what you think in the comments below?