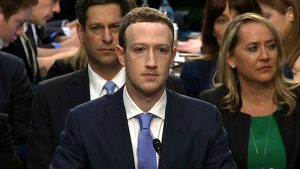 House Financial Services Committee Chairwoman, Maxine Waters has suggested that Facebook Inc. should cease the Libra project until the company manages to address the present loopholes in its social media business.

No Launch of Token Without Sign-off the US Regulators

Waters further brought forth Facebook’s misappropriation of user’s personal data, hinting towards its role in allowing Russia to influence the 2016 presidential election. Thus, taking a jibe at the spread of polarizing political ads which pitted Americans against each other.

“You have opened up a serious discussion about whether Facebook should be broken up,” Waters,

Zuckerberg has further remarked that he will not be launching the token without the sign-off the US regulators. Waters has always been against Libra and since its announcement has demanded that the company halt its development. In the months which followed she has time and again repeated concerns about the fact that the coin will be used to bypass anti-money laundering laws.

Zuckerberg continued to stand his ground that Libra would help curb income inequality and provide an easier and cheaper way to send money round the globe. He further said that it will strengthen America’s international financial leadership, due to the fact it will be backed by the US dollar.  Zuckerberg had last testified to congress in April 2018. He then answered 10 hours of questions about how Facebook allowed app developers to collect data on users, and how the platform was used by Russia to influence the 2016 presidential election

“I believe this is something that needs to get built, but I understand we’re not the ideal messenger right now,”

“We’ve faced a lot of issues over the past few years, and I’m sure people wish it was anyone but Facebook putting this idea forward.”

Most of the reserves for Libra will be U.S. dollars, but how this is going to work hasn’t been locked down yet.

The Committee comprises of 60 members and each will be given 5 minutes to speak or ask questions on top of opening statements and breaks. The hearing may well last up to 5 hours.

Libra has suffered tremendously in recent weeks amid sustained criticism from lawmakers and regulators over fears it may aid money laundering and threaten the financial system. Several financial partners including Mastercard, Visa, PayPal and eBay have abandoned the project. The hearing  is also likely to address antitrust concerns after 46 attorneys general joined a New York-led antitrust investigation of Facebook

What will be Libra’s ultimate fate? Let us know, what you think in the comments below!

The post Project Libra Should Be Ceased Till Loopholes Are Addressed – House Financial Services Committee appeared first on Coingape.