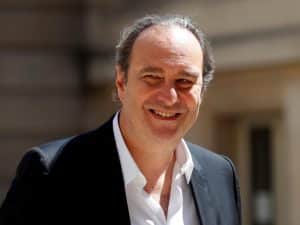 As per reports from the French newspaper, Les Echos, Xavier Niel, French Tycoon and the founder of Telecoms group Iliad said that the coming of project Libra is “inevitable” and it will exist like other 1000+ cryptocurrencies in the market.

Neil believes that the launch of Libra will result in more direct, interpersonal and fast payments. He further added that it will eliminate the need for middlemen, impact costs and end the monopoly of banks. He reiterated that the project has a net worth of $3.9 Billion and it is highly reliable and offers guaranteed data protection.

He even took a sarcastic dig at Libra critics saying that the fight against money laundering is still ours. Furthermore, the concerns need to be addressed without trying to prohibit the experiments which might actually solve the underlying problems.

When Iliad teams studied the Libra project, they were impressed by all the opportunities it could create. Convinced of the potential and attractiveness, I am delighted that they decided to accompany it. We want to be at the heart of this revolution, with the strength of our convictions, our experience, and our will.

The previous month, France’s finance and economy minister, Bruno Le Maire, said that Libra is a potent threat to the “monetary sovereignty” of governments.

Also, recently, the European Union antitrust- chief in an interview with Denmark’s finance industry union, Finansforbundet said that the EU is all geared up to unravel the real intentions behind Libra.

She has already started an investigation into Libra for the fact that it has a potential for anti-competitive behavior. This implies that Libra will put parties who don’t use it at a disadvantage. Furthermore, she said that there are inherent financial stability concerns as the competition kicks in. It is highly likely that central banks will be the ones most interested in it.

In a recent report, Cœuré, Member of the Executive Board of the ECB expressed the fact that while stablecoins are specifically designed to fulfill one more of the problems described, Libra was designed to efficiently solve those pertinent issues.

Cryptocurrency derivatives exchange CoinFLEX recently announced that it is all set to launch physically-settled futures contracts for Libra. Furthermore, the exchange plans to hold an Initial Futures Opening (IFO) for the same on the 24th of October.

The newly launched crypto derivatives exchange will allow the traders to bet on the possibility of Libra going live by Dec 30, 2020. Depending on their long and short positions, Libra traders would either receive Libra tokens or nothing by the assigned date.

If in case Libra doesn’t see daylight, traders will lose their entire initial investment. The initial price for Libra Futures has been set at 30 cents.

Clearly, project Libra has garnered haters and supporters in equal amounts. It will be interesting to note what will the next major milestone for the project. Let us know what you think in the comments below