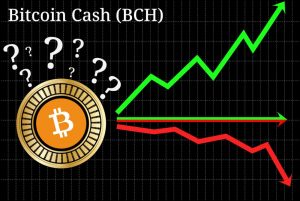 Dan Hedl, the Business Development Director at Kraken, and one of the space’s most vocal supporters of Bitcoin has said that the next halving of Bitcoin Cash will be a security test for the network already struggling with inactivity and relatively low hash rate. Bitcoin Cash (BCH) is the fourth most valuable coin and a hard fork of Bitcoin.

In May 2019, the Bitcoin Cash network will slash the network rewards by half from 12.5 BCH to 6.25 BCH. Halving is a scheduled event that is ingrained in the Bitcoin, Bitcoin Cash, Bitcoin SV and other spin-off networks. Halving happens every 210,000 blocks.

During this event, the inflation of the network is reduced. As supply demand dynamics posit, the reduction in supply at a constant demand will take the price of the digital asset higher.

Theoretically, and keeping all price related and demand factors constant, BCH stands to rally. However, Dan is unconvinced and is even pessimistic on how BCH price action will turn out.

Predicting a price slump, he says the reduction in reward will force BCH miners to shift their computing power to the Bitcoin (BTC) network. The migration, he reckons, will be purely economic because a halving event will slash the miner’s earnings to roughly $1,800 for every block mined.

Contrary, within the Bitcoin (BTC) network, a successful miner will earn around $59,000 if asset prices are based on present spot rates. Considering this, it is easy to see why the cascading effect on the Bitcoin Cash network could be dire.

Any migration to Bitcoin will lead to a fall in hashing power in Bitcoin Cash and that is where the network will be susceptible to a Majority or a 51% attack.

Activity and Adoption the Only Hope

Practically, the only way this can be averted is if the network draws more users and there is a spike in network activity. This will bolster the network as miners will have more incentive to mine the coin, securing the network. On the flip side, the absence of this will validate Dan’s concern and could prove catastrophic for Bitcoin Cash’s overall security.

Despite security talks seven months into Bitcoin Cash halving, Vitalik Buterin, the co-founder of Ethereum, has proposed the integration of Ethereum in Bitcoin Cash as a short-term solution for their persistent scaling problems. He cited Bitcoin Cash’s low transaction fees and the community’s openness.

Earlier this year, Dan weighed in, expressing his opinion on the relation between hash rate, halving and reward subsidy stating that the beauty of Bitcoin design was the scheduled halving with spur demand. Any increase in asset price will bolster the security of the network.

10/ As the price of BTC increases, the value of the block reward increases (security follows price). As potential revenue increases, more hashrate comes online chasing that new profit. The higher the hash rate of a cryptocurrency network, the more expensive to 51% attack.