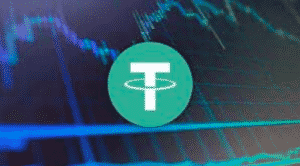 During the year 2019, a total of $1.5 Billion worth of Tether was minted on both Omni(USDT Omni) and on Ethereum(USDT ERC20). A recent study by Token Analyst reveals the correlation between USDT minting and Bitcoin price movement.

Correlation Between the Amount of Tether Minted and Bitcoin Price

For USDT Omni, there in inverse relation between the amount minted and Bitcoin price movement. This implies that more the tokens minted, lesser was the Bitcoin price dip. The percentage of correlation was noted to be -1.6%.

On the other hand, for USDT ERC 20, a correlation of 15.8% was seen between the amount minted and Bitcoin price movement. This implies that more the amount of tokens minted more was the increase in Bitcoin price.

On September 12th, Tether minted 300 million USDT in a swap from the Bitcoin-based (BTC) tokenization protocol Omni to Ethereum.

Interestingly, on the same day, Bitcoin [BTC] price gained $365, despite the market showing signs of reversal. Bitcoin showed an increase of about 3.6% on a daily scale.

While the market sentiments of traders were bearish owing to imminent breakout, the momentum recorded a high, just short of $10.5k at $10,460 thus scaring the bears off.

Will Bitcoin’s price and USDT maintain the same correlation? Will there be a trend reversal? Let us know what you think in the comments below!

The post How are Bitcoin Price Movement and USDT Minting Are Correlated? TokenAnalyst Reveals appeared first on Coingape.